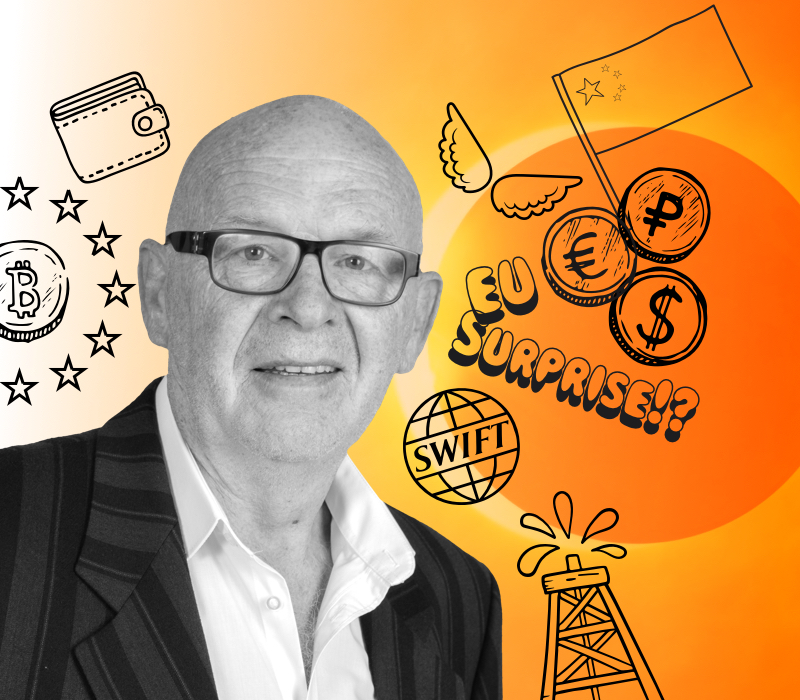 Firstly, it kicks Russia out of SWIFT, which means Russia will no longer sell its oil and other commodities in dollars, or perhaps Euros, and will now only price in Rubles or other currencies it accepts, i.e., Yuan.

This move by Russia and China will make Petrodollars a thing of the past and severely damage all western currencies.

China loves this, as it hastens their global dominance. Moreover, with China being the major global exporter of manufactured goods, it will not be long before other countries such as the Middle East, Africa, and Latin America stop using western currencies for trading and start using local currencies.

For every action there is a reaction. And the response of countries outside of the west will not be in our interest.

Heaven, help us all?

If that is not enough, the EU is clamping down on cryptocurrency trading in a way that will not help anyone.

Cryptocurrencies are now a multi-trillion-dollar industry and growing parabolically.

Young people love the concept, and the investment and innovation in this sector are massive.

It would appear that the wealth generated in this industry - beyond the control of the EU - is not acceptable for the Mandarins in the Ivory Towers of Brussels and Strasbourg, so they are out to kill it.

The new proposed rules aimed at stopping exchanges dealing with unhosted wallets will be crippling, and many businesses will not be able to survive these unworkable, heavy-handed regulations.

For the uninitiated, the difference between a hosted and unhosted wallet is the same as having money in a bank or in your pocket.

The EU wants to know where you are spending the money in your pocket, which is a move too far into my private financial dealings.

Should we be surprised? I don't think so.

I have written much about how industry leaders should stop cooperating with government authorities and fight as hard as possible to keep politicians away from the industry.

I know this is a big ask, but we need to look at territories outside of the western world that can see the benefit of hosting the crypto industry and allow it to flourish naturally.

Global governments have gone too far, and the unelected mandarins can stick their rules where the sun doesn't shine.

C'mon, chaps, we have the brains and the innovation to get around this crap. It's not as if the EU has an army of tanks, they will set upon us!