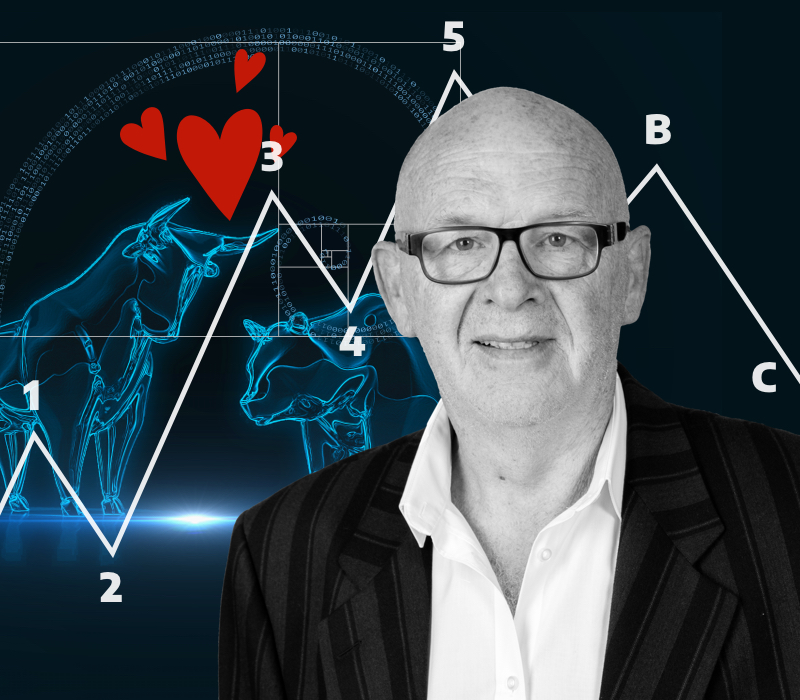 The week of Valentine's Day is always a good time to tell the story of Fernando the Bull.

I’ve read lots of reports and recommendations, many of which involve various types of technical analysis.

Since the early days, I have been a big fan of using Elliot’s wave theory, especially on financial products.

Elliot wave is simply a chart pattern of pulses and corrections, which are countable and often measurable.

The major advantage of Elliot wave is that it allows you to see where you are in a trend, which is important because it can stop you entering a market at the wrong level. 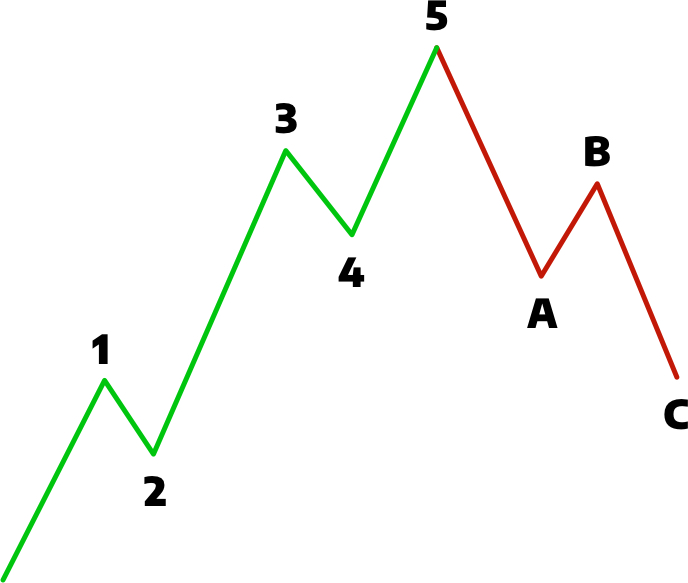 The story of Romantic Fernando.

One morning long ago, a young bull called Fernando, awoke with a rampant erection.
Looking down, Fernando thought to himself, "I need to do something about this".

Looking around, he saw the rest of the herd had woken early and were scattered up a far hill.

Off he marched and started climbing the hill.

Just a little way up, he saw a young cow.

Proud of his erect manhood, he began strutting about and bellowing to gain the cows attention.

Wave one:
The rampant bull saw the cow smile, so he ran up to her, jumps up on her back and starts doing what he needs to do.

Wave two:
When finished, he dismounts, rests, and sits down and chats with a few other bulls.

Wave three:
After a bit of boasting, he observes a few more cows, and being encouraged by his friends to have another go, he decides to show off and heads higher towards one particularly good looking and very receptive cow, and quickly enters her for a bit of mutual pleasure.

Wave four:
Having sated his appetite, he backs off, and sits down to eat some grass. But now the whole herd is watching him, and the other bulls start cheering for him to go again.

Fernando, realises he is now the centre of attention, so not wanting to disappoint his cheering friends, the young Bull gets up and starts strutting his stuff, climbing further and further towards the top of the hill. 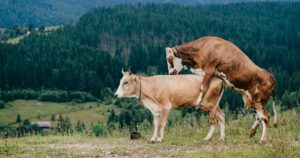 At the top of the hill, looking over the cliff, stands Daisy, a particularly attractive cow, who liked Fernando a lot.

Daisy, oblivious to what has been happening, flutters her eyelashes invitingly at Fernando, giving him the come on.

Wave five:
Needing no more encouragement, Fernando runs up to her, gets into position and encouraged by the mooing and bellowing from the onlooking herd, starts putting on the show of his life.

Suddenly, from behind a rock comes a big bear, who has been awoken by all the noise.

First, the Bear starts snarling to frighten the other cattle, but then he turns his attention towards Fernando and Daisy.

Startled and frightened, Daisy jumps, knocking Fernando backwards. But Fernando is too close to the cliff's edge and he starts to slide down the slope.

Wave A:
As he slides, he manages to grasp a small ledge, and knowing Daisy is in danger, he starts to scramble to get back to the top.

From below in the valley, he could hear the pigs squealing "Hold on for dear life!"

Although the Pigs didn't want the Bull to die, they were much more concerned about the bear coming down to their lower level, as they had been safe for a long time and were frightened of what the damage the Bear could do to them.

Wave B:
Fernando kicks a few times, and gains a little bit of ground, but the climbing of the hill, and his overly exuberant mating, has taken away all his strength.

The bear realizes Fernando is in trouble, and despite all the noise Fernando is making, the Bear persists in attacking the tired Bull, pushing him lower and lower.

Wave C:
Eventually, Fernando could hold on no more. He starts sliding again, the ledge can no longer hold him, and the young bull falls to the rocks below. The noise stops, and the bull stops moving.

The following day, when everything was quiet, Farmer Elliot went to see the mourning cows, and warned the other bulls never to do such a thing again.

The following day, when everything was quiet, Farmer Elliot went to see the mourning cows, and warned the other bulls never to do such a thing again.

However, he knew the nature of Bulls and he had learned long ago that sooner or later another bull would do the same thing.

Now you understand why the markets are called Bullish and Bearish, and why many of us consider Elliot's wave theory so important.

You can understand why the noise gets louder the higher you go. And also realize when everyone is cheering the Bull, they’re also arousing the bear.

Moreover, when there is no chance of the Bull surviving, you will still hear Pigs squealing “HODL”, in the hope that the bear doesn’t descend down to their lower level and cause them damage. 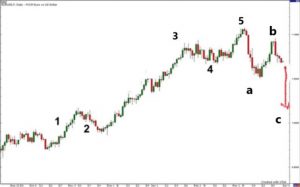 This analogy, the story of Fernando the Bull, was told to me many years ago, by an old technical analyst. And it stuck with me.

Since then, I have learned more about Elliot wave theory, and along with Fibonacci numbers, I have used it to make forecasts and it’s helped me improve my trading.

(Fibonacci numbers: We use the ratio of one wave to another to predict where one wave may end and another may begin. This is useful when using Elliot Wave Theory to try and figure out a good place to buy or sell a financial instrument)

Back then, we didn't HODL, so I took the liberty of adding that part to the story, because it's a bit of advice new traders need to consider.

Fernando may have died, but as Elliot noted, there is always another bull who will be eager to act in the same way.

Most importantly, if you are going to be that raging bull, eager to enter, try to make sure you are not near a cliff edge and that there are no big bears hiding behind a rock. It could be fatal!

Learn more about Elliot Wave theory, its an excellent tool to use along with other technical analysis. But be careful. Rarely do you find the perfect pattern , so always use Elliot wave as part of an arsenal of tools, never the only tool.

That’s all for this week.

I will be discussing other patterns and indicators over coming weeks, so follow JPFS and SGT, if you don’t want to miss them.