We all have a role to play in driving the company's growth and delivering measurable value to our clients. We believe that our complementary strengths are critical to our success. Discover more about the backgrounds and accomplishments of our individual team members. Peter has an accumulated financial markets experience of over 35 years. His career began with a small Danish bank in 1986 and by the mid 1990’s he was working for Saxo Bank, one of the pioneers of the online trading industry where he became the Global Co-Head of Sales Trading and Technical Analysis.  He was then seconded to Synthesis Bank, now Saxo Bank Switzerland, to establish their presence in the online trading world before leaving in 2006 to establish JP Fund Services.

Peter’s capital markets background sets him apart from many other fund services executives, with a bias towards solution finding, his experience is key in helping investment managers find the right balance of trading counterparts and technology, liquidity, hedging and banking facilities for funds/blockchain companies. Experienced Director with a long history of working in the financial services industry, with particular focus on Management, Trading, Risk Management, Hedge Funds and Auditing. Sigmund holds a Master’s degree in Economics from Copenhagen University, Denmark.

Sigmund has had a successful and varied career in Commodities Trading, Portfolio Management and the Financial Services Industry in general. He has held various positions including Senior Credit Manager, Director and CFO at André & Cie, a major international commodities company. After more than 20 years at the company, Sigmund became portfolio manager before branching out on his own as an Independent Financial Consultant.

Today, Sigmund is also CFO of JPFS, and is Managing Director of Helvetia International S.A. Sigmund is also active in property financing, financial planning and as an external insurance agent for a number of major insurance companies. Mike Kelley began his professional career right out of high school when he was selected to join the police academy at the university of Houston, from which he graduated in 2005. Upon receiving his peace officer license and correctional officer license, Mike became a fully licensed commissioned officer in 2005, and was swiftly promoted. Initially, in 2012 as Field Training Officer responsible for the training programs of his fellow officers. In 2013, Mike was promoted again to the rank of Sergeant, and again in 2015, when he became a Lieutenant, in sole command of 45 other peace officers.

Mike’s interest in the capital markets began in 2014, when he began trading his own money in the stock and foreign exchange markets. However, it was the emergence of crypto currencies that captured Mike’s imagination, where he began to evolve his trading strategies. In just a few years, these strategies were generating sufficient returns for Mike to hang up his police officer’s hat and begin trading his own money professionally.

Mike quickly established a reputation as a published author of 5 works on trading digital assets, including Mastering Candlesticks Step by Step, Cryptocurrency Trading Indicators, Leveraging Trading in Cryptocurrency, Crypto Dictionary and Tackling Debt using Crypto. As a result of the following he built up from his readers and clients, Mike has toured the US conducting cryptocurrency trading seminars in Las Vegas, Phoenix, Dallas, Houston, Naples Florida as well as Costa Rica.

Since 2015, Mike has established an impressive crypto track record with his strategies, delivering solid returns for thousands of clients while actively managing risk and exposure. This balanced approach attract traders and investors to his proven investment strategies and Mike continues to develop new trading opportunities and strategies with the risk team at JPFS. Steve has a diverse professional background that has laid the foundations for his experience in leadership roles within the corporate world, in governmental relations as well as the from a number of start-ups.

Steve’s experience began in education (Adjunct Instructor at American International College where he attained his B.A.) and serving as a Para-legal (for Western Massachusetts Legal Services), to his early career as an Employee Relations specialist, Steve has learned to navigate corporate structures in order to improve effective decision-making by C-Suite colleagues. His knowledge and skills were honed with his experience as a Mayor of Mine Hill, New Jersey where he inherited a significant deficit, but which over four years he both turned into a municipal surplus and lowered taxes for the first time in 25 years while increasing services to the residents.

Steve also gained valuable sales experience as a representative of Reynolds Metal Company for 7 years, where his skillset enabled him to advance many causes which encompass both the private and public sectors. He used this expertise to service the public as President of ACT, a non-profit Consumer Energy and Environmental Group protecting and servicing consumers in those respective fields over the course of 4 years. Steve continued to expand his knowledge and built a large financial services company serving as National Sales Director for Primerica Financial Services for 12 years.

He then founded Debt Free Solutions INC., in the role of CEO, a national consumer finance company that taught and developed access to financial alternatives to mainstream education over the next 15 years. After selling the company, and retiring, Steve relocated to Naples, Florida where he was encouraged to reengage in the business world by incorporating new financial concepts using alternatives options and became CEO of Empower Financial Services for the next 5 years.

Before working with JPFS, Steve helped develop and expand Meleah Venture LLC and Crypto World Elite LLC. two companies specialising in the development of investment products based on the latest emerging technology behind crypto currency. Martyn has had a successful multi-decade trading and business development career across asset classes, characterised by significant trading profitability and client retention. Martyn’s has extensive breadth of experience and a solid reputation for his demonstrably strong work ethic, integrity and in generating results for clients and partners.

Martyn works across functional lines to deliver the best results for clients and the enterprise itself, and he is able to work with people at all levels within an organization. Martyn enjoys deep industry relationships developed in Latin America, Europe, APAC and the US on both the buy and the sell side. Mikkel is a progressive investment professional with a blend of experience in working with top-tier level banks. Throughout his career as an investment advisor, he has developed a consistent track record of risk adjusted returns achieved by drawing upon skills and expertise in managing and trading both currency and interest rate risk.

Mikkel was previously CIO at Capricorn FX and was responsible for the overall trading philosophy of the Capricorn products, the implementation of future investment products, and was the primary trader for the Capricorn managed programs. From 1996 to 1998, he served as the Head Trader at Smith Barney and prior to that was a trader at Credit Suisse in Geneva. From 1992 to 1995, Mikkel was employed at HJZ, Denmark as a Sales Manager, and he started his career in 1991 at Dubesco Holding as an Investment Manager.

Mikkel is highly experienced and proficient in building portfolios based on variables such as: total returns, asset allocation and risk metrics and he is an experienced technical analyst with a broad macro-economic view for markets and investments globally.

Mikkel is a Member of the Market Technicians Association and the International Federation of Technical Analysts. Mike is the Chief Operating Officer and Partner at CTA Strategies. He has more than 20 years’ experience in the financial services industry, most recently in building and developing product offerings tailored towards institutional and HNWI clients. His role as Chief Operating Officer is dedicated to managing over USD 100M in trading assets, with responsibilities covering company administration and compliance, trade reconciliation and product marketing.

Prior to CTA Strategies, Mike was COO at Capricorn FX where his duties were focused on operations and marketing, business development and implementing procedures to maintain efficient operational processes. From 2000 to 2004, Mike was the Creative Director for GoodMedia ApS, and prior to that, from 1998 to 2000, he was the Head of Back-Office at BIB Danmark A/S.

Mike has a strong knowledge of global financial marketplaces, including different investment vehicles that are available in these different environments. With more than 25 years’ experience at senior management level within the financial industry, Pedro has also developed a deep knowledge about the digital currency world and blockchain technology in particular. Being an entrepreneur, he started Aprender Sobre Bitcoin, a very popular blog that provides a valuable contribution to the Portuguese-speaking crypto communities around the world.

Pedro has an international professional experience background in different countries such as Portugal, Spain, UK, Denmark and Brazil.

Pedro was based in São Paulo, Brazil from 2013 to 2017, where he moved to be CEO of the representative office of Saxo Bank in the country. He left the bank in February 2017 for a more dedicated role in the Blockchain industry as an entrepreneur, investor and educator, helping institutions and individuals within this exciting emerging industry and is now based in Portugal. 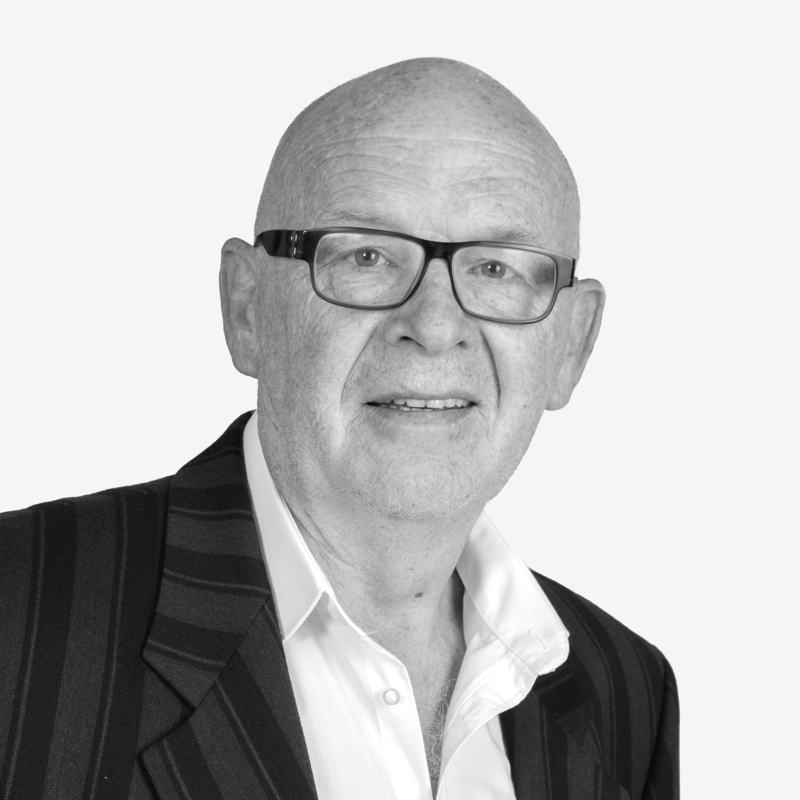 Tony Westfallen began his career in 1974, when he was a 17-year-old boy, employed by Merrill Lynch in the City of London. He is a trained analyst, studying both technicals and fundamental market data and intelligence. Over his long career, he has plied his expertise in all types of instruments, in all types of markets: Commodity and financial futures, CFDs, and foreign exchange.

As trader, he has held every position in the industry, desk trader, floor trader, dealer, and fund manager. And has worked for a multitude of other well-known companies, including Salomon Bros and Saxo Bank. London-born Tony has worked on 5-continents, providing advice to governments, producers, exporters, famous manufacturers, bankers as well as HNW investors and smaller speculators.

Tony no longer publishes trading advice and prefers to leave market commentary to others because, as he says “…most market commentary today is just an exercise in copy and pasting!”. His “Ramblings” are intended to be entertaining, educational, and thought provoking, rather than the “corporate stuff that comes out of today’s institutions”. They are neither grammatically, nor politically correct, and he is not shy of offering his opinions. He has been using the pseudonym of “The Old Man” for over 20-years, and every year this title seems more pertinent! 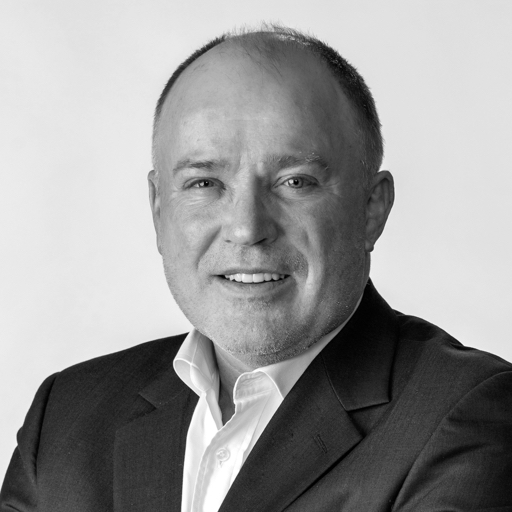 Started in 1992 in the Danish Midas Fondsmæglerselskab A/S, which later became Saxo Bank. Kurt is a financial director, technologist and business leader with a tremendous experience working between countries and one of the first forex trading professionals when the industry started in the 90s.

Kurt was one of the founding pillars of Saxo Bank A/S success in Copenhagen. He was in the company for almost 20 years, and as Executive Director responsible for establishing Saxo Bank A/S Sucursal en Espana, Spain.

Started the consulting company Carlsson Trading 2013 and had worked with consulting tasks in many different industries Medical, Blockchain, IT, Compliance, Finance, Fund Raising.