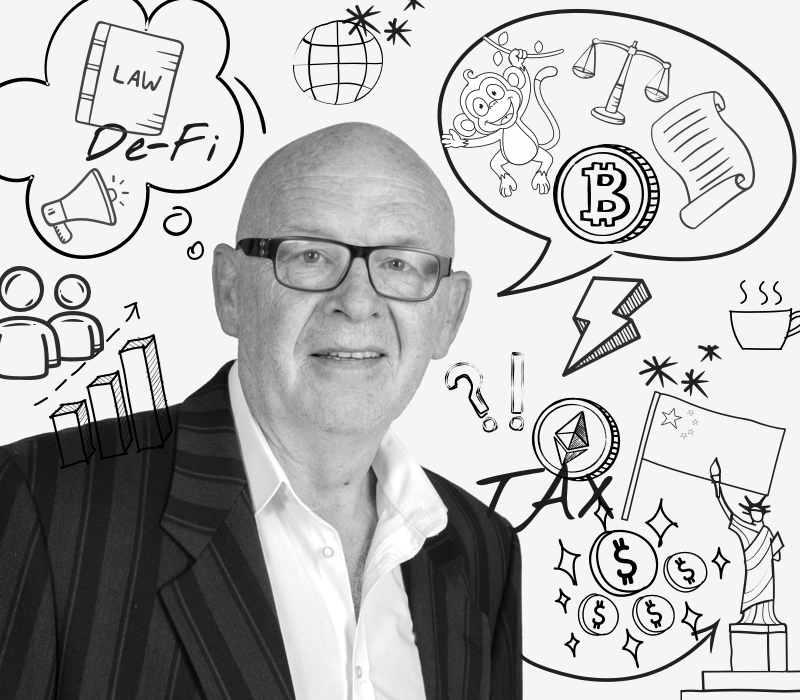 I am sure more regulations will be brought in very soon but are they really that necessary. Moreover, are those people helping to draw up these regulations doing the right thing for the business, or are they just surrender monkeys, kissing ass for their own benefit?

Not one person in digital assets and finance believes it is not going to be the future. The increased use of De-Fi and cryptocurrencies will only continue.

There is agreement on the state of the business amongst those I talk to. There are a few bad actors (very few) and several NFTs which will not perform as expected (quite a few). Therefore, the industry needs increased regulation.

In my experience, there have always been bad actors in the financial industry. And no rules or regulations have ever kept all of them out.

Indeed, some of the bad actors have been politicians and central bankers. And who can forget the corrupt leaders of the IMF, George Soros, Bunker Hunt? Even some of our own institutions, those we trust to influence regulations, such as Merrill Lynch, Drexel Burnham, Goldman Sachs. All have been fined. Many for breaking the regulation, which they helped create.

Increased regulations are not being brought in to stop bad actors. They are being introduced to centralize their power over this ecosystem and to ensure wasteful governments can raise revenue from this industry, anytime it wishes.

De-Fi, is a successful experiment, proving that individuals can create and operate a successful financial system, which will work outside of government control. The continual growth in De-Fi and cryptocurrencies use, clearly indicates that individuals are enjoying these products. Moreover, they trust that these products offer a safer place to store their wealth, rather than other over-regulated products.

So why change it?

Why risk destroying the future potential of this industry and wrap it up in government red tape, just so governments can get their pound of flesh?

The tax issue was laid bare last week when US Treasury Secretary, Janet Yellen, announced she intends to tax all assets held: Real estate, stock portfolios, gold, bitcoin, etc., irrespective of whether the assets represented a financial gain or not. She called it a wealth tax, but for me, this is laying the ground to confiscate wealth in the future. I do try not to get too political. However, how anyone in our capitalist world can support the gathering of information, which will only help these communists take more taxes and control, is beyond me.

I am not naive. I know this is the way the world is going. And whether I agree or not, more rules and regulations will come in. But, as I asked earlier, are those people, who are lobbying and cooperating with these lefty-governments, doing so to protect the business? Or are they helping to make rules to protect their own incomes and projects?

My personal view is when big players work with a big government on introducing regulations, they are also working against the decentralization and the democratization of which this industry boasts.

Why can't privately-owned Exchanges apply their own terms and conditions, and we can then judge how successful these are? Success will be measured by how many people use these exchanges to trade their coins and tokens. If these applied terms and conditions are seen to be successful other players will adopt them and these will ultimately become the business norm. This is organic growth and development and has nothing to do with governments or central banks.

Everyone knows that individual governments do not have the competence to regulate how a decentralized industry operates. Sure, they can do what the Chinese communist government has done, but has that stopped the growth? No! If America and the EU bring in similar regulations, it might hamper growth, but this is a decentralized business. What is stopping people from trading via Burkina Faso or Paraguay?

After all, it is not like Bitcoin really exists!

We have already seen this week that rules and regulations do not work.

Look at the problems we had after day one of the Bitcoin ETF; Proshare needed to ask for rule changes on limits. The problem doesn't lie with the original products of coins or the blockchain, it lies, if anywhere, with the more dubious tokens and other spin-off products, which have been created to generate more income for those involved in decentralized finance. And in this regard, I say, so what! Caveat emptor! Let the buyer beware!

This business may be in its infancy, but those putting money into it are grown-ups, and as such, must hold themselves responsible for their actions.

I heard a podcast this week, from a very good organization that is investing 100s of millions of dollars into the blockchain space. (A good company, which I like and has massive potential). The podcast in question was on compliance and regulations, in which they put forward some very intelligent and inventive ideas.

However, they said, if others agreed with “their ideas” on what the future regulations should be, then the business would go forward, “in the spirit of what Satoshi Nakamoto intended….” Oh, the arrogance of this throw-away statement! No one knows if Satoshi was a man, woman, or a group of people. So how on earth can anyone presume to know what was the spirit or intention of the creator?

One intention of Satoshi - whoever that is - was to create an alternative financial system, FAR AWAY from the regulatory frameworks of governments and bankers!

I will just add a few more observations.

Governments created or invented nothing. Not wealth, not education, not medicine, not science, not charity, nothing. Yet they claim they are the harbingers of everything.

Most of us do not live in true democracies. We live in republics. We do not vote on our laws. What we do is vote into power second-rate citizens, who then make our laws and use these laws to control us.

Regulations are like taxes. Once introduced, the cost rarely goes down.

Moreover, if these taxes and regulations help keep our politicians in power, they will create more.

Until next time.
Good luck and good trading.