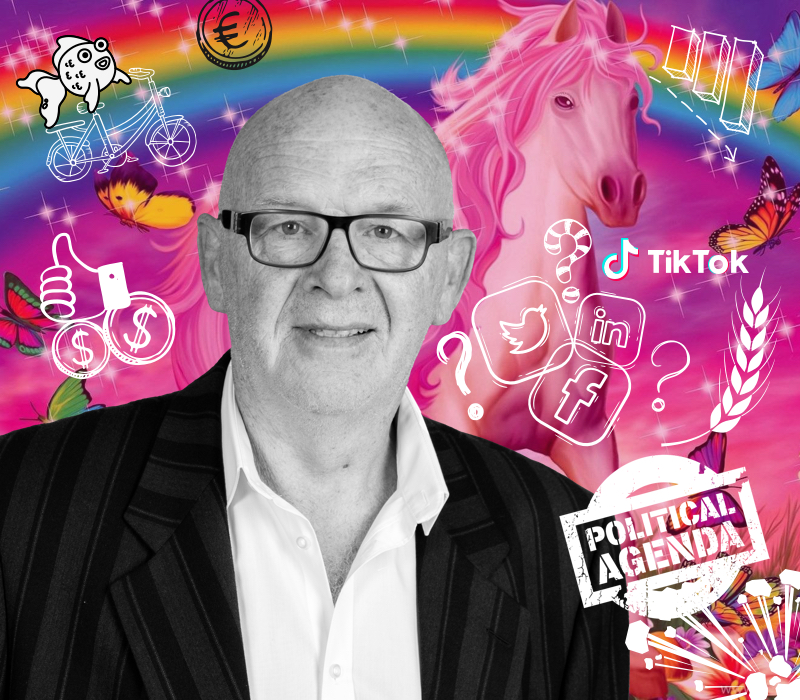 6-months later, and YouTube is suddenly awash with videos by esteemed oracles, claiming, "Most people do not know what's coming". Hopefully, the readers of my shit have been preparing for months!

Today’s social media, like the mainstream media, is about as valuable to traders as bicycles are to a fish.

It doesn't matter where you put yourself in this list:

The low-income earners will lose more of their disposable income.

The middle will lose more of their savings.

The top-end will lose a lot on their investments.

For most of you, it is not going to be about how much money you can make but how you will keep your jobs and income or revenue streams!

Everyone tells me I should be more positive in my output and write more upbeat reports, but it is damn difficult when the world is going to hell in a handbasket.

Moreover, who are you helping when you see problems and don't inform people because you might lose followers.

In a world without brokers, most players are at the mercy of internet noise, and finding anything usable on the internet has become difficult.

The problem we have is an overabundance of copy and paste analysts(?), who promote unreliable and extremely questionable stories and statistics.

We know that governments have an agenda, as do major bankers and Whales, and yet we rush to regurgitate their manipulative and biased views because we hope our followers will enjoy them and press the "like" button.

That is not how you help people make money or protect their assets.

As a bear trader, I know how difficult it is to put a positive spin on a pessimistic outlook. Although I have read loads of ways of doing this, I rarely find examples from people risking their private capital or making money in the markets.

They are always too busy taking care of their business!

Younger players will learn very soon that we are entering a world of hurt, and they will not like it. 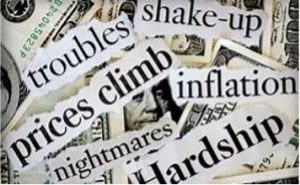 Easy money will disappear, and jobs will be lost.

The more flexible and seasoned traders and investors, who can remain nimble through the coming period, will be able to profit from multiple opportunities that invariably arise during an economic downturn. Still, many will be frightened away from investing or need to use their ever-decreasing disposable capital on necessities, like paying their rent and buying food.

The war in Ukraine (which, for all intents and purposes, is just a sideshow compared with what is happening in the world) will continue, as western politicians need to have a foreign enemy to take the focus off domestic issues. Therefore, I fully expect food shortages to underpin commodity values towards the end of the year.

As I mentioned last week, it's a good time to start monitoring commodities because when the current dip is over, I expect to see a good rally as we go into the 4th quarter, if not before.

Europe will probably take the brunt of this economic collapse. So whilst I expect all western currencies to slide, the dollar should remain the strongest of the basket, especially if we see a landslide victory for the Republicans following the mid-terms.

I have mentioned various times that this collapse will be far different from those we have previously experienced because America may not be the global power or the driving force behind any recovery.

We can all guess what might happen, and it is very easy to look at previous recoveries and use them to make forecasts. But I am very concerned about what will be the end result of this EU and NATO expansionist program. Outside of our western bubble, there is a lack of support for what NATO and the EU are doing.

Indeed, the west is losing many friends, and other powerful nations are finding themselves in a position to kick us whilst we are down. (some relish being in that position). 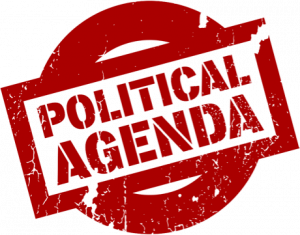 We can look at the minutia of what is happening in our industries and economies. But the truth is we have allowed our numbskull politicians to take us down the wrong road for too long, and all our problems come from our politicians' actions or inaction.

When it comes to numb-skulls, if you saw Biden's press conference at the G7, you will know exactly what I mean!

There used to be a sign on the American Presidents' desk which said, "the buck stops here!". Today, the buck stops everywhere else, according to this weak, weak, weak administration.

Oil prices and inflation is the fault of Putin, Trump, Energy companies, and according to the White House, even the Supreme Court!

I don't know what Metaverse our politicians live in, but I know they are not living in the real world. 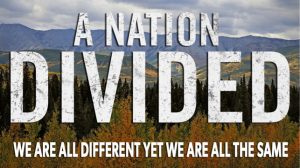 However, the biggest problem we face is ideological polarization, which is taking us far apart.

A divided country is a weak country, and division is everywhere.

I do not want to dwell on politics. However, it is politics that got us where we are today, and it will be politics that decide how and if we will turn things around.

The bullshit has to stop.

I want to write about the Proshare short-only BTC Fund. How I wish it had existed at the end of last year, but also how I am very nervous about funds that only trade one asset in one direction.

I want to examine what happened at Three Arrows and why the high level of risk was maintained when the fund lost too much money. Moreover, how will the significant players stop such losses from having a knock-on effect across the industry?

In the current environment, traders and investors need to be especially careful about the assets they hold and where and with whom they place their capital.

I cannot stress enough that the days of gung-ho investing are over.

Opportunities will always be there, but you must remove your blinkers and do some work. 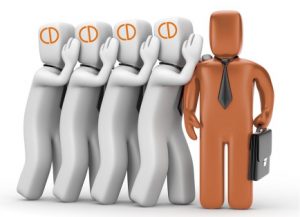 We all like to talk about "community" and how everyone tries to help everyone else but be very careful. When income is short, advice is plenty.

There are things that we do not know.

We don't know when the recession will end or at what level our assets will stop depreciating.

We don't know what knee-jerk decisions our governments will make and how these decisions will affect our assets, especially cryptocurrencies.

We do not know what disasters will emerge over the coming months or which major player will default.

I can guess like everyone else, or I could say, "don't worry, when this crisis is over, BTC will resume its upside trajectory". But I am not going to sit on a position for 3-years hoping it all turns out well in the end.

Remember. Past performance is no guarantee of future gains.

Is there a solution to the current crisis? I honestly don't know.

We are told that it is rude to discuss politics, and it is dangerous to write about politics because it may offend people of a different political leaning. But to my mind, the more polarized we become, the more we move to the extremes, and the more critical it is for the middle to speak out.

Perhaps democracy is dead. Maybe it's being killed off by the people we democratically voted into power.

When I think of how popular Hugo Chavez once was in Venezuela or how popular Robert Mugabe was in Zimbabwe, I see many similarities with what we currently see in the western world. And we all know what happened in those countries.

Sadly, we all have an inbuilt arrogance that such a situation could not develop in the educated or over-educated west. I am not so sure.

Many of our younger workforce and investors have never seen an actual economic collapse, and what's coming will probably shock them.

As I have said before, many young investors look at investing as a game with prizes and do not know what happens in the real world when there is an economic decline. 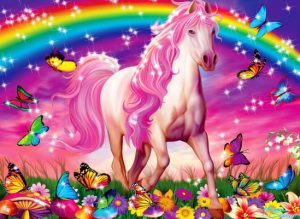 Let me explain this way. Unicorns and rainbows will not protect you!

Nor will your followers on Twitter, or that girl who makes money from putting videos of herself twerking on Tiktok!

What will help you is doing actual research, including reading stuff you may disagree with, and then coming to your conclusion about what is happening in the real world.

Investing has given me a good life, and I am just passing on the lessons I learned while living it. And hope it might help you get through the minefield we all find ourselves in.