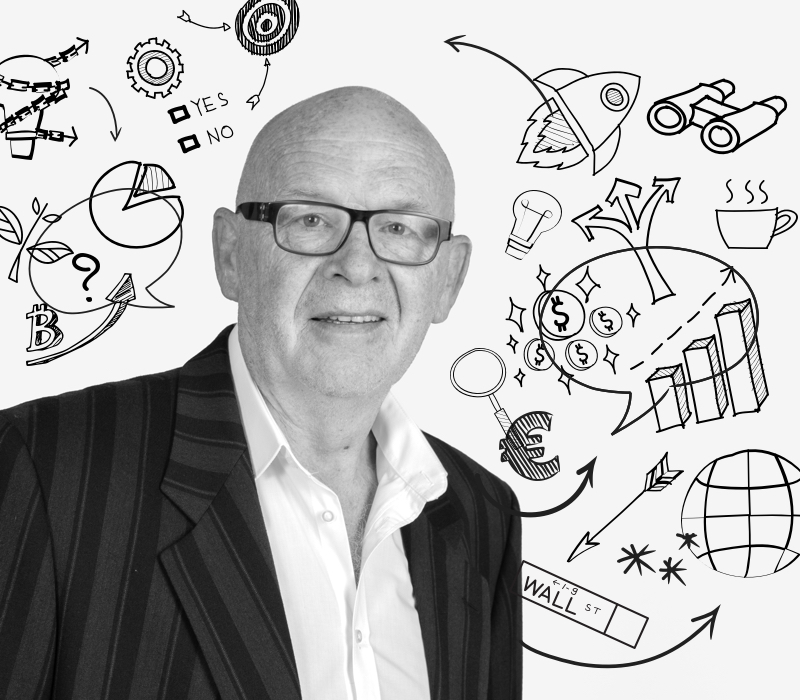 I’ve now been in the world of Capital Markets for almost 50 years, and the current environment is a million miles from the one I entered back in the 1970s.

Investing and speculation was very much an arena for the well-heeled, and well educated. Few people owned stocks, few understood inflation, and few had concerns about foreign exchange. There was a higher level of knowledge in the “Land of the Free” USA, but in much of Socialist Europe and definitely most of the developing world, the idea of using capital markets was alien.

Today, everyone has a view on “the economy”, we have multiple TV Channels dedicated to capital markets, and our most popular channels have daily shows on how our markets are trending. Indeed, when I started in the business, we had few computers, no mobile phones, let alone home access to the internet and trading platforms.

Throughout much of my career, it has been technical advancement which has been the major game changer, which has allowed for better tools, better access, and broader participation.

Capital markets have played a major role in creating and spreading wealth and affluence around our planet, but there is also a downside, which is too much short-termism, too little consideration of the big picture.

As a young man in my late teens, I would get a bus into the city of London, walk to my desk in Merrill Lynch, open the prices page in the Financial Times, and spend the whole day with massive sheets of graph paper, updating charts by hand.

These charts would then be given to Merrill Lynch’s “Chartist”, who would draw basic trend lines, a few “pennants” or “flags”, and then pass his opinions to the various sales executives, who would relay his opinion, via telex or telephone to their wealthy clients.

Down the corridor, I would see the smoke-filled rooms of the market “experts”. who were continually on the phone, eternally arranging boozy lunches with various people who could provide them with the niche information on the products they specialized in.  These experts were often ex-journalists, or people who had in-depth knowledge of particular areas, they had files of statistics on imports and exports, supply and demand, weather patterns, and global political events.

For information we read the Financial Times, received telexes from offices around the globe, and had a new ticker-tape printer from Reuters, which a guy would read from to the Brokers in office.

Before calling the client, the broker would have received, on paper, a list of his clients and how much money they could use to invest, or how much more money the client would need to send to keep trading that day. After trading, the paper slips were physically taken to the “back-office”, where clerks would match the trades in a paper ledger, and then agree, by telephone, all trades with floor traders and other counterparties.

Thankfully today, with the benefits of IT, I can now look at my position, check my financial statement, get my news, look at my charts and trade, all on my smart phone, all whilst I am eating my breakfast!

Compared to when I started as a trader, I can sit on a beach and trade a hundred times a day, or if I use a computerized algorithm program, I could trade 1000s of times in 24-hour period.

For many of you, after reading this, the question will be, how on earth did you make money!? There were fewer markets (forex was small, financial futures didn’t exist outside of bonds, and as for CFDs and crypto currencies….forget it!) Overheads were massive, and because of the time it took to do everything, turnover was minute.

We had a lot fewer brokers, and commissions were higher. Plus, we had experts who were experts, so our clients did quite well following quality advice, or at least, lasted longer! Plus of course, as the market technology improved and the business developed, we “old guys” were always learning, growing, and improving both our service provision, and of course our employers and our own incomes!

During the 80s, computer usage took off, financial futures and forex became massive markets increasing brokerage turnover massively. Then in the late 90s we had the miracle which is the internet, followed by CFDs, and some 10-years ago Cryptocurrencies were introduced, and are now about to enter the mainstream.

The markets have continued to grow throughout my career, and we have seen turnovers multiply, with some trading systems going in and out of markets in seconds. But my concern is how can this growth continue?

I’ve been around a long time, written thousands of trading recommendations and reports, based on both technical analysis and fundamental economics, but analysis is no longer so easy.

Few companies have the type of analyst Merrill Lynch employed, because most of their clients do their own research. Moreover, as most of these clients, and indeed most brokers, all follow the output of Goldman Sachs, one company can influence the price of any product, simply by writing a piece of analysis after it has positioned itself in the market!

There is much danger in this, and whilst I will admit, Merrill Lynch were the capital market powerhouse and influence back in the 1970s, the political turmoil back then was far less significant for the markets, and unlike Merrill, Goldman is a political player.

Today, it is almost impossible to write a report on Capital markets, without including the words “government” or “China”. Short-term market sentiment is more important than supply and demand.

I have lived through numerous bubbles and collapses, Bunker-Hunts attempt at cornering the Silver Market, Black Monday, the internet bubble, the 2008 subprime mortgage crisis, and many more. But these have always occurred during a period of American dominated free-market economics. However, we all know American influence is collapsing, and whilst we talk of Chinese growth, do we really know what the future of our markets will be when communists control the planet?

I am going to stop my report here, because the future of the markets and how we use the markets to create our wealth and protect it, depends on the answer.

In my next report, I will expand on this topic, we can discuss the next economic collapse, which I expect will materialize in 2022, explore how we can hedge against the decline, and also discuss where cryptocurrencies will play a role.

Until then, keep safe and good trading!
The Old Man