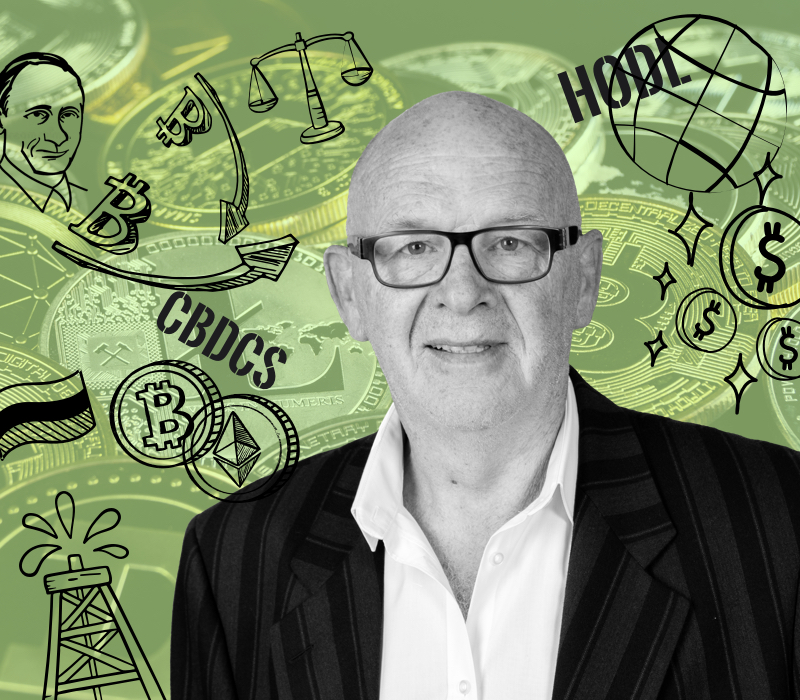 I am not being negative towards the industry, because there is no chance cryptocurrencies and blockchain technology will not continue to develop, but we may be in a situation where too many products within the sector might prove to be overvalued in the shorter term. 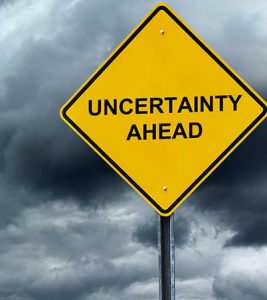 2021 was the year of massive gains in crypto values. But it was also the year many start-ups were able to raise massive amounts of funding, which is not necessarily a good thing for the industry. We saw numerous companies raising hundreds of millions of dollars, based on the promise of spectacular gains. But generating hundreds of millions of dollars does not happen overnight, it takes time.

Perhaps it's just a year or so of consolidation, whilst people in the industry and government work out where this industry is going, but I cannot see the same flurry of investment we saw last year coming into the business again. Therefore, another burst on the upside might take time to materialize.

Of course, we will still have price movement, and we will see a few products take off, but in the overall picture, these rises could be few and far between, and the rallies not long lasting.

There are various reasons for this:

Some companies have possibly taken in more capital than they can justify, and if investors start to get worried, they could be looking to jump ship as soon as they can see a small profit. This selling will put a dampener on any potential rises.

Another thing is the general global picture. I know the HODLers might disagree, but cryptocurrencies have not proven themselves as a hedge against inflation in the way many expected. Gold and oil have both outperformed cryptocurrencies over recent months, as have bonds. As I mentioned in a previous report: buying a farm might be more profitable than betting the farm.

The Ukrainian war may have taken its toll, but the unilateral decisions taken by various platforms against Russia and Russian players have destroyed any belief that cryptocurrencies are decentralized and beyond government intervention.

Moreover, whilst cryptocurrencies sit in the doldrums, governments and central bankers are getting a lot of work done on creating CBDCs. I am sure that we need to expand crypto adoption well in advance of the introduction of CBDC, because it will not be so simple afterwards.

We also have a situation where major institutions are on-boarding reasonably large positions in cryptocurrencies, and we should not be surprised if they look to unload some of their exposure if the values of their positions increase. HODL is not something institutions are famous for, it's all about the bottom line, and at the moment, most institutions will be just about breaking even on their purchases.

New coins will be minted, and we can expect to see quite a few people trying to earn money in the NFT arena, but I suspect this year buyers will be a little more reserved when asked to stick their hand in their wallets.

What we need for a push higher is some real development and fresh innovation. Simply copying what others have been doing and adding a few “bells and whistles” might not cut it short term.

Things are not doom and gloom, it's just that we need to have a period of consolidation after the gains of the last few years, and in the big picture, that is not such a bad thing.

This uncertainty comes from the leaders in our industry feeling they have to bend a knee to politicians if their businesses are to survive. Which in my opinion shouldn’t be the case.

America is not the be-all and end-all of cryptocurrencies, and it shouldn’t be.

This is an international industry, with players around the globe. If we want to claim this is a democratic or more democratic way of doing financial transactions, then everyone involved should have a vote on what happens, and one of those votes could be to move our business elsewhere.

Of course, it might not be so easy, but if government rules and regulations evolve into too many government restrictions, we might have no choice but to move our business to more friendly destinations. Make no mistake, many countries would love to “Build Back Better” with our money.

Do we want to risk our money by investing in companies who have the same government butt-kissing attitude as Facebook or Twitter? If Russian wallets are blocked today, who's to say that someone else’s wallet will not be blocked tomorrow. This is something we need to consider and debate much more openly.

There is no question in my mind that the technology will continue to flourish, but that doesn’t mean that the current leaders are indispensable when it comes to the industry moving forward. Remember, the likes of Facebook and Twitter didn’t exist when the internet took off, and some of the big guys who had a lot of say in how the internet developed are not around today. We are not the worse off because AOL failed!

If we are serious about the global adoption of cryptocurrencies, we need to think globally. Moreover, I would like us to put our currencies above governments, not below them. This was, I believe, the original idea.

When it comes to KYC, If I am not worried about my counterparty’s colour, gender, or religion, then I am certainly not going to worry about their nationality.

We have done amazingly well to support Ukrainian people in these desperate times, but that doesn’t make it right that we’ve attacked individual Russians. Especially without proof of wrongdoing or any due process. Are we saying that we are in a position to judge if a person is good or bad based on their passport? That sure sounds to me like a very slippery slope to go down.

I am in no position to discuss the morality of the industry, and that is not my intention. But I do not like double standards or dubious practices. The closer we get to being dominated by politicians with an agenda, the further away we get from the spirit of what cryptocurrencies are meant to be. And more importantly, further away from realizing all the potential the industry has to offer.

Perhaps this is something all of us should ponder over the coming months.