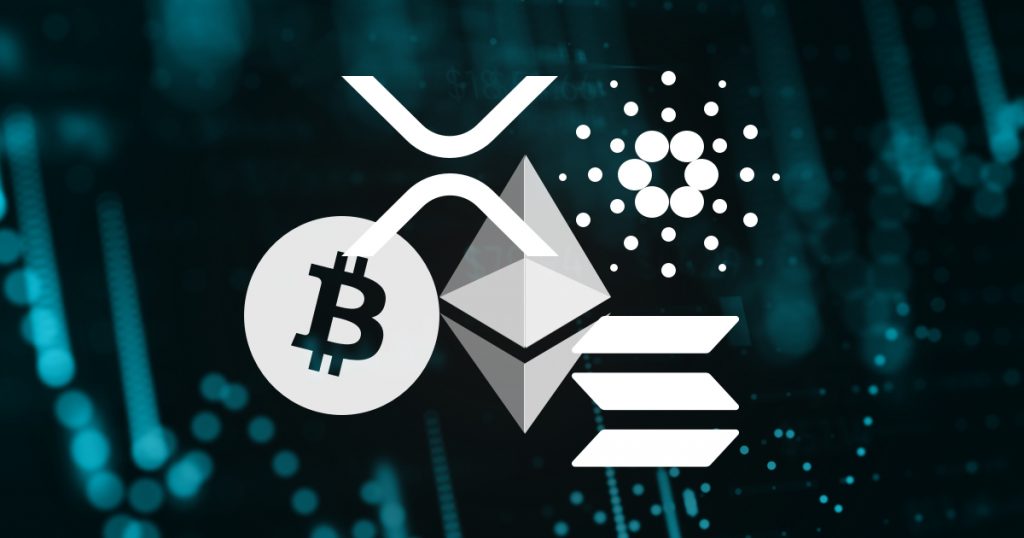 What trend is recurrent every end of the year and what should you be prepared for in the coming year? This report furnishes you with the right information and allows you to take well-informed decisions about the cryptocurrency market.

The largest cryptocurrency by market capitalization traded near $17,300, an almost 2% gain on Monday, December 5, which had been consistent with its performance for the five days. BTC climbed above $17,000 a week before and held fast above that support.

Bitcoin price is losing momentum as a countertrend rally stalls near the $17,000 barrier. During November, the bears produced a 16% market decline, establishing a new yearly low at $15,546. Now the 9% uptrend move shows signals that warrant concern.

On Tuesday, December 6, Bitcoin price auctioned at $16,984. Since breaching the new yearly low, the largest candlestick and volume influx belonged to the bears. A Fibonacci retracement tool surrounding November’s decline showed the ongoing congestion zone just below the 38.2% retracement level. The bull’s failure to tag the level may be viewed as a demonstration of how strong the bearish force is.

By Wednesday, Bitcoin price had slid from a high of $17,430 to a low of $16,655, collecting the sell-stop liquidity resting below the $16,607 swing lows. This development was a clear sign of market manipulation, which if followed by a reversal above $16,881, will confirm the start of the next leg-up. Such a bullish situation could see Bitcoin price kick-start its recovery rally to $17,593. In some cases, this move could extend to $19,235.

Going into the weekend, Bitcoin struggled to sustain support above the $17,000 price zone. Bitcoin price exchanged hands at $16,931. A consolidation took place between the 8-day exponential moving average and 21-day simple moving averages. Bitcoin price has forced traders to dive into smaller time frames to interpret where the peer-to-peer digital currency may be headed next. Still, it should be noted that there is a bearish divergence between recent swings. The Monday high at $17,424.95 is displayed as a weaker uptrend move on the RSI compared to the recent Friday high at $17,199.

Bearish divergences are often the catalyst for market reversals. If the market is genuinely bearish, a breach below the 8-day exponential moving average at 17,010 could induce a decline into the $16,200 support zone, resulting in a 5% decline.

On the contrary, if the market finds support from the 8-day EMA, a second attempt at the divergent highs could induce a rally toward the $17,555 and $18,245 price zones. The target zones are extracted from A Fibonacci retracement tool surrounding the entirety of November’s downtrend.

On the first working day of the week, Ethereum price jumped high as a perfect technical scenario looked to be underway. That scenario came in the form of ETH breaking above that pivotal level at $1,243 the week before, trading sideways for a bit, and on Saturday testing the level for support. The support held overnight through Sunday morning where a bounce got triggered and price action jumped higher, flirting with the 55-day Simple Moving Average (SMA) and the monthly high of mid-November.

More so, on Tuesday, December 6, Ethereum price rallied by 20% after enduring November’s 36% decline. A Fibonacci retracement tool surrounding November’s downtrend showed the bullish retaliation as stronger than Bitcoin’s. The bulls were able to hurdle the 38.2% fib level, and although the first attempt did not prompt an additional rally, there was a going battle near a previously broken support zone at $1,250. Ethereum price auctioned at $1,248.

At the mid-week, Ethereum price showed an obvious retracement to the $1,202 to $1,218 demand zone. This move made it easier for sidelined buyers to step up. Ethereum price was riding a wave of hope as markets seemed to have factored in several elements that pointed to the Fed soon ending its hiking cycle.

Going into the weekend, Ethereum price exchanged hands at $1,272 as the bulls and bears were wrestling within a coiling congestion zone. Several bearish divergences were spotted on the Relative Strength Index, with traders eyeing the possibility for a short. The bulls maintained support above the 8-day exponential moving average on smaller time frames.

If the market is genuinely bearish, the bulls should not retest the divergent highs near the $1,300 level. To play devil’s advocate, a breach above $1,300 would induce an upswing towards $1,343 and potentially $1,400.

The Ripple price maintained a bullish stance when the trading session of last week resumed. XRP price consolidated after breaking market structure to the upside during the final week of November. On December 6, the digital remittance token continued to hover above a breached trendline that acted as resistance throughout November when XRP traded between $0.33 and $0.38.

XRP price traded at $0.39. The volume profile indicator showed the bullish strength was waning despite the increase in market value. The bulls were testing the 21-day simple moving average as support after losing support from the 8-day exponential moving average on December 1.

Ripple price sliced through the $0.382 support level, indicating a surge in selling pressure at mid-week. The move needed to recover quickly and prevent sellers from having a field day.

XRP price slipped below the $0.382 support level on December 7. This move was in response to Bitcoin’s weakness. However, this surge in selling pressure was overcome by buyers, allowing the remittance token to recover above the said level. The development that placed XRP price above $0.382 filled sidelined buyers with optimism.

Since mid-November, the digital remittance token rallied 30% and has endured sideways price action throughout December near the $0.39 barrier. As of Thursday, last week, the XRP price was in a peculiar situation. The bears had successfully breached the trendline which guided Ripple’s 30% rally.

Going forward, a breach of the December 7 low at $0.373 could be the signal that sidelined bears are waiting for short the XRP price. The bearish targets lie near the origin point of November’s 30% rally of $0.31. If the bearish scenario played out, the XRP price would decline by 17%.

If the bulls defend their grounds, a successful hurdle above the psychological $0.40 level could prompt a rally into October’s broken support zone near $0.44. Such a move would result in a 13% increase from the current XRP price.

Last week, Cardano price risked a firm one-directional move to the downside as markets and traders were starting to fret about the next steps forward for global markets. With several asset classes erasing the earlier gains, it became clear that any uptick was a mere bear market rally. On last week Tuesday, ADA traded a bit sideways between $0.324 on the top side and $0.297 on the downside.

As of mid-last week, Cardano price had been trading against the low of 2021 for most of November, as the whole of 2022 got dictated by two main elements: inflation and the crypto winter.

Cardano price had been trading between the $0.299 and $0.321 barriers for nearly three weeks. While there were multiple attempts to move above this range, the lack of bullish momentum resulted in a retest of the intermediate support level at $0.310.

As Cardano price auctioned at this level, investors must pay close attention to the Relative Strength Index (RSI). This popular momentum indicator was hovering below the midpoint at 45. A flip of the midpoint will indicate that the bulls were ready to make a move.

This development needs to propel Cardano price to flip the $0.321 hurdle. A successful move will open the path for ADA to move higher. In such a case, the so-called “Ethereum-killer” will target the immediate resistance level at $0.379.

In total, this move would constitute a 22% gain for investors that purchase ADA at $0.310.

Regardless of the optimism, Cardano price needs to do its job. Additionally, Bitcoin price needs to end its low volatile regime for the explosive move to occur. On the other hand, if ADA produces a four-hour candlestick close below $0.299, it will invalidate the bullish thesis. In such a case, Cardano price could revisit the $0.295 and $0.290 support levels.

On December 5, Solana consolidated within an 8% range that confines the price action swings within the last three weeks. Solana price traded at $13.74.

Last month the largest influx of transactions on the volume indicator was reported during Solana’s 56% decline. The SOL price was auctioning below the November settle at $14.16 as of Monday, December 5. As volume continued to taper following the historically large uptick, it appeared evident that bulls would remain sidelined.

The following day, Solana (SOL) price was quietly breaking through a key technical barrier that put pressure on the downside. Although the break did not come with a violent breakout, SOL could still survive the volatile trading session in the US. Bulls were able to stay in and could be seen ticking $15.07 with a bit of a delay as the final rally for 2022 still gets underway.

However, at the close of the week, Solana price was lacking the only most important commodity needed to catch a break and finally pair back with the better levels of this summer at $40. Instead, SOL was still stuck and muddling through near $15 as price action slides lower again this morning in the ASIA PAC and European session. That important commodity needed so much was simply traders with cash.

SOL thus will simply see a magnified effect of all this and will spiral further downwards once it breaks below the red descending trend line. Expect $12 to catch the fall, but as more US Dollar strength comes in as well, expect quickly to see $10. Although it looks a bit far off, and the Relative Strength Index (RSI) will be oversold by then, a drop to $7.26 is not impossible, flirting with a two-year low.

Two big elements to watch here are one from a technical side and a second from a geopolitical side. The first comes with a simple bounce of the red descending trend line that could still trigger a bounce high enough to break $15.07 and try and target $18.66 to the upside; The second element, which comes from geopolitics, is that next week will be the last week where every central bank or politician can pencil in its last comments for 2022, after which markets will go in a sort of steady trend mode. That could open the door for a small rally in those two very quiet last two weeks of the year before kickstarting 2023.