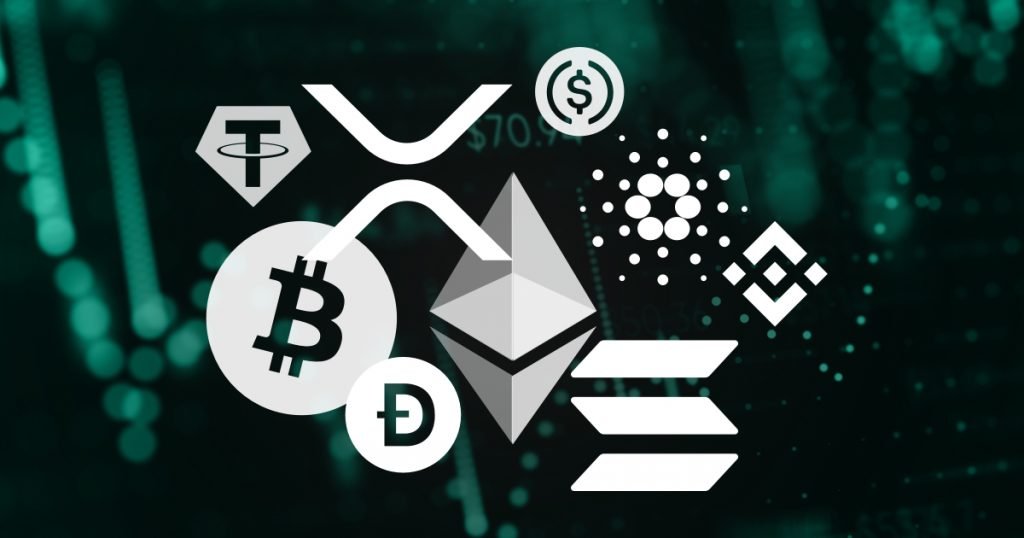 Is the crypto season finally here? If you are not informed of what is happening now and the possible trajectory of digital currencies, you might be missing out on a great deal. Now is the time to plunge in with the right information.

When the trading session of the week opened, Bitcoin traded at $20,417 as the smaller time frames converged, causing a stalemate-like price action. The last 8-hour candle on October 31st showed the bears successfully establishing a close through the 8-day exponential moving average.

In the first three days of the month of November, Bitcoin was finding support above the previous triangle apex near the $20,300 price level. On November 2, the bulls lost support from the 8-day exponential moving average following the Fed-hike announcement.

Bitcoin price auctioned at $20,305 on November 3. The Relative Strength Index (RSI) showed a bearish divergence between the last two highs, which likely enticed bears to flex their power following the Fed monetary policy announcement. Still, it was very rare for the RSI to top on the first bearish divergence signal.

On November 4, Bitcoin price showed applaudable strength in the market. After a week of consolidation, the peer-to-peer digital currency produced a sudden 6% spike. As the price consolidated back under $21,000 due to profit-taking traders, BTC’s larger picture seemed more lenient to the upside in the coming days.

Bitcoin price was in the green after breaking out to trade an intra-week high of $21,515 on some exchanges. The largest crypto’s northbound moved contradicts market expectations in light of the Federal Open Market Committee’s (FOMC) decision to hike interest rates by 0.75% again.

Bitcoin price seems to have room for growth to the upside – and as such, investors who feel sidelined can hop on the wagon for a potentially profitable move to $25,224 and then to $30,000.

Bitcoin price shows a clear retest of the immediate support level, allowing buyers to regroup and prepare for the next leg. This development has bullish implications, especially if the current foothold does not give in.

Going into the new week, Bitcoin price slipped 3% after setting up a local top at $21,473. This downswing was necessary to blow off steam after last week’s impressive upswing. As BTC retests the $20,970 support structure, investors can expect a resurgence in buying pressure that pushes it higher.

Supporting this move for the big crypto is the Relative Strength Index (RSI), which is hovering around the midpoint at 50. This position for RSI indicates that the bullish and bearish momentums have reset, allowing both camps an opportunity to take over.

Due to the aforementioned support level, there is a high chance Bitcoin price will bounce higher and target the inefficiency at $22,106. In a highly bullish case, BTC could attempt a retest of the $25,000 psychological level.

While things are particularly in favor of bulls, Bitcoin price needs to hold the $20,970 support structure for a further move north. In case the sellers flip the $20,742 foothold into a resistance level, it will invalidate the bullish outlook and trigger a sell-off.

The spike in selling pressure could knock Bitcoin price to $20,053 and the sell-stop liquidity resting below this level. A stable support level that could absorb this incoming bearish momentum would be $19,706.

At the beginning of last week, Ethereum price consolidated at the upper bounds of the $1,500 level after an impressive 20% rally. The decentralized smart-contract token showed a few optimistic signals hinting that the uptrend will continue. On the first day of November, Ethereum price auctioned at $1,573. A Fibonacci tool surrounding the strongest part of last week’s rally showed Ethereum had found support from the 38.2% retracement level.

On Wednesday, November 2, Ethereum price traded at $1,561. The health of the uptrend was intact so long as the lows 20% below the current ETH price at $1,150 remain unbreeched.

Ethereum price rallied 10% gain on November 3 as the bulls were producing strong bullish momentum. On Friday, November 4 decentralized smart contract token spiked through an ascending trend channel which provided support throughout the initial stages of ETH’s last-minute 25% rally in October.

Ethereum price auctioned at $1,622 as the price consolidated above the ascending trend channel. Ethereum price slacked in its quest to return above $2,000. The largest smart contracts token teeters at $1,640 on November 4. Its technical outlook remained bullish despite the sluggishness experienced as it approached $1,700.

Ethereum price started its quest for highs close to $2,000 after securing support at $1,260. A breakout of a falling wedge pattern boosted the bulls’ efforts, setting the course clear for a 39.35% move to $1,897.

With the general outlook in the market staying bullish this week, it has been easy for buyers to nurture a sudden rebound that saw ETH tag $1,676 – a weekly high on most exchanges. From the daily chart, Ethereum is more than halfway through its breakout target – having moved 23.91% to trade at $1,640.

The falling wedge is a bullish pattern that often marks the end of a downtrend or continuation of an uptrend. It has a precise breakout target of 39.35%, measured by the distance between the widest points of the wedge – extrapolated above ETH’s breakout point.

According to Glassnode, the total exchange inflow volume has generally been upward since November 1. Approximately 360,000 ETH left exchanges compared to only 65,000 ETHs, as recorded on October 8.

This on-chain metric exhibits increased investor optimism. Holders tend to move their assets out of exchanges when they intend to HOLDL, a term used to mean holding assets for a longer period. This exodus of ETH from exchanges indirectly reduces selling pressure, thus paving the way for a sustained price movement to the upside.

When the week opened, XRP auctioned at $0.46 as the price found resistance from both the 8-day exponential and 21-day simple moving averages. As the price hovered below the indicators, a higher low was established at $0.449. Ripple price action could be on an infinite loop with the same song repeating itself for 2022. Yet again, the same scenario as previous months is set to kick in with dollar strength crushing any hopes of a longer extended rally in XRP price action. The reason behind this pattern is the job market is not showing any signs of slowing down, which will see the Fed adding further rate hikes.

XRP price auctioned at $0.4939 on Thursday, November 4. The 8-day exponential moving average and 21-day simple moving average were well below the auctioning price and could produce a bullish cross in the coming hours.

However, XRP price pulled off an impressive resurgence on Friday, November. Ripple’s price action contracted progressively throughout the fall, printing lower highs and higher lows along the way. The previous bullish trade idea proposed that a spike into the $0.50 barrier would occur as a subtle bullish divergence was spotted on smaller time frames. The bulls fully validated the bullish thesis prompting a 10% spike into the anticipated $0.50 zone

Going into the new week, Ripple price auctions at $0.49. The bullish move spiked through the 8-day exponential and 21-day simple moving averages. The momentum through the indicators could induce a bullish cross. If the cross occurs, an additional uptrend rally targeting the $0.56 liquidity zone could occur. The Volume Profile Indicator confounds the bullish idea as a massive uptick in transactions is displayed during the recent hike. The Relative Strength Index has breached overbought conditions hinting that the underlying strength of the bulls is very powerful. If market conditions persist, XRP could witness an uptrend weekend targeting $0.56 and potentially $0.58.

Invalidation of the bullish outlook could occur if the recent 10% uptrend is reversed. A breach of the $0.4522 level could induce further decline targeting the $0.38 congestion zone. Such a move would result in a 30% decrease from the current Ripple price.

Cardano’s price climbed the charts by 23.53% to close above the critical support level of $0.409 on Tuesday, November 2 before slipping slightly below it on Wednesday, trading at $0.405. Over the last ten days prior to November 2, this rise came after the cryptocurrency fell through the support level to hit $0.330. Establishing it as the new low of 2022, ADA was last seen at this point in January 2021.

But the improving situation of the markets was a crucial factor in the altcoin’s recovery. However, Cardano was yet to note whatsoever recovery as of the first few days of last week. As per the Fibonacci retracement from $1.213 to $0.384, the first sign of recovery is at $0.580. This price point coincides with the 23.6% Fib line and the bounce-off point for breaching through the resistance block.

Cardano price showed that the buying climax occurred at $0.417 on October 25 after a 16% upswing. This move was immediately followed by a quick pullback to $0.394, which can be termed a selling climax. As ADA trades within this range, investors need to note the larger range, which extends from $0.3777 to $0.417.

After multiple tags of the midpoint at $0.397, Cardano price rallied nearly 4% and hovered below the range high at $0.417 on Thursday. For a bullish outcome to play out, ADA needed to flip $0.417 into a support level, which would increase the odds of a 6% move to retest $0.440.

Cardano price pumped in applaudable fashion to start the first week of November. Since the start of the week, ADA, the self-proclaimed Ethereum killer token, fell by 7% after a previous 10% rally. On November 4, the bulls showed up full-fledged, producing an equal-size rally to the prior.

Towards the end of the week, Cardano price auctioned at $0.4213. Before The uptrend move, the bulls found support at the 21-day simple moving average, and the move surged straight through the 8-day exponential moving average. The volume profile indicator shows an influx of bullish volume amidst the recent hike, which suggests the bullish attempt is genuine.

If market conditions persist, a rally toward the $0.46 congestion zone will be a key target for bulls to aim for. Such a move would result in an additional 8% increase in price.

However, Solana price recovered above a crucial support level on Thursday, November 3, indicating a higher chance of an upward move. Investors need to wait for a push above another significant hurdle, which will open the path for bulls to move higher.

Solana price deviated below the $29.94 to $39.02 range on October 19 but recovered above it after the FOMC meeting on November 2. This move hints at a bullish outlook for SOL as the recovery suggests that SOL is likely to head higher.

Sitting above is the point of control, aka higher volume traded level since April 2 at $32.48. A successful flip of this hurdle into a support floor will open the path for buyers to propel Solana price to the $34.48 and $39.09 hurdles.

In total, this move would constitute a 22% upswing for SOL and is likely where the upside is capped. Any move beyond this level is tough but a sufficient spike could extend this rally to $44.45. Therefore, investors should wait for of Solana price to overcome the $32.48 barrier before making a move.

While things are looking up for Solana price, a breakdown of the range low at $29.94 will signal a lack of buying pressure. If this trend continues and SOL produces daily candlestick close below $27.62, it will create a lower low and invalidate the bullish thesis.

This development could see the so-called “Ethereum-killer” decline to the $25.76 barrier, where SOL bulls can regroup and give the optimistic outlook another go.

Dogecoin price doubled within two days, from $0.08 on October 30 to $0.15 on November 1, 2022. The historic rally fueled a bullish sentiment among DOGE holders. The 24-hour trade volume of Dogecoin climbed 45% overnight. This was an indication that there was a rise in profit-taking by holders as the asset hits the $0.15 mark for the first time in six months.