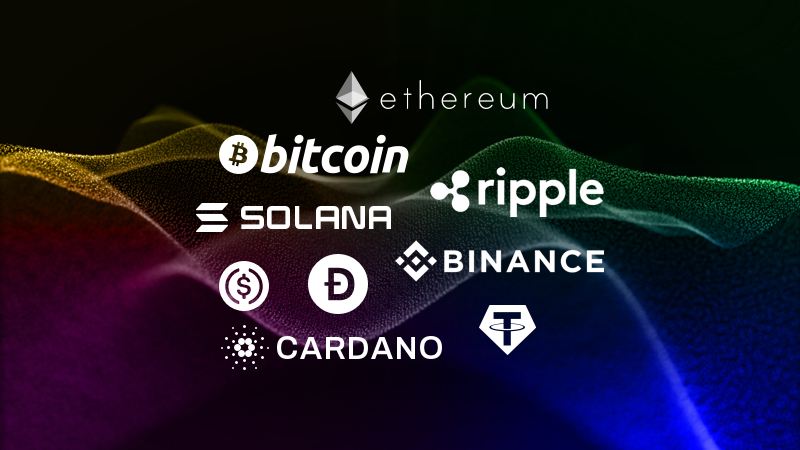 How will cryptocurrencies fare amidst a bearish trend that continues toward their lowest point in history? Digital assets are fragile, so how can you navigate them safely? Investing in crypto can be risky, but with this weekly report you can minimize your losses and maximize your gains.

When the week opened on September 11, Bitcoin hovered around $22,000. However, BTC price witnessed a strong rejection near the upper $22,000 level on Tuesday. The bears induced a 12% sell-off, wiping out nearly all of the gains made during September. The newfound bearish strength came amidst the release of the US CPI data, which reported an uptick in consumer prices. Bitcoin price auctioned at $20,030 on September 12, 2022.

On Bitcoin price has produced lower highs and lower lows since November 10, 2021. The last attempt to break out of this trend was between June 18 and August 14, when BTC rallied 43% and set a swing high at $25,209. The most recent counter-trend rally seems to have peaked and then produced a lower high at $22,800 before shedding roughly 10% in a single twelve-hour candlestick.

Bitcoin price was under pressure as the bears breached the $20,000 barrier on September 15. The breach came after the release of the US CPI data report, which abruptly halted a 24% bull run for Bitcoin. Bitcoin price auctioned at $19,800 as early bulls jumped near the $19,500 level.

On Friday, Bitcoin price breached a definitive line in the sand as the bears persistently flex their power on smaller time frames. Since September, the peer-to-peer digital currency has lost 15% of its market value. The recent breach of the $20,000 level (which acted as the accumulation zone before the 20% rally witnessed during the first week of September) spells serious trouble in the grand scheme of things. Bitcoin price exchanged hands at $19,380. The bears have successfully breached through the 50%, 61.8 % and 70% Fib levels, with an uptick in bearish volume amidst each hurdle.

Despite multiple attempts, the sellers have been unable to push past the August month’s low at $19,539, suggesting the presence of willing buyers. Going forward, investors can expect BTC to attempt a recovery rally, which could, after sufficient momentum build-up, could produce a higher high above the recently formed high at $22,850.

Ethereum price rallied 25% in the last 13 days – a higher return than Bitcoin. The advance pushed ETH to flip the $1,730 resistance level into a support floor as it tried to retest the imbalance at $1,820, known as FVG.

On September 13, the bears rejected the ETH price near the $1,800 level, where breakout buyers likely placed their buy stops. The strong bearish engulfing candle came with an uptick in volume and caused a breach through the $1,600 price level as the bulls abandoned ship. Ethereum price auctioned at $1,589 as the bulls attempted to re-hurdle the breached 21-day simple moving average.

Ethereum price would probably have breached the $1,730 hurdle and reached the $2,000 psychological level to produce a double top if it were not for Bitcoin’s bearish outlook. The sudden sell-off in BTC had a knock-on effect on ETH leading it to prematurely reverse and retest the $1,571 support level.

On Thursday, Ethereum price auctioned at $1,427 as the decentralized smart contract token was down 20% since its September high at $1,789. Ethereum price showed mixed signals despite the optimistic market sentiment surrounding the successful Merge implementation. On Friday, September 16, the bears produced a breach through the August 29th swing low at $1419, wiping out all profit made this month. A persistent pick in bearish volume is shown on the 12-hour chart, which suggests there could be further decline to shake out the bulls still holding on to their positions

Ethereum price auctioned at $1,442. Going into the weekend, Ethereum price was ready to recover losses. Ethereum price created a string of higher lows since August 29, but after the third swing low at $1,406, the sellers took over, crashing the altcoin. As a result, ETH dropped 17% in three days, which has sliced through the $1,355 to $1,440 support area.

As Ethereum price currently trades at $1,280, investors can expect ETH to kick-start a recovery rally, provided Bitcoin price supports the narrative. In such a case, Ethereum price could bounce higher to retest the monthly open at $1,553. Clearing this would push ETH to $1,730, which is a high timeframe resistance level. While things are looking bearish at the moment, the recent drop in Ethereum price could be a good level to accumulate, especially when looking at it from a long-term perspective. However, if ETH produces a daily candlestick close below $1,280, it will invalidate the bullish outlook and potentially crash to $1,080.

Ripple price rallied 16% after sweeping the August 29 swing low at $0.318. This development was followed by a massive run-up that is currently attempting to overcome the $0.360 resistance barrier. Ripple price failed to surpass the $0.381 resistance level even after multiple attempts on Wednesday. Although the recent rally pushed up XRP price by 12%, BTC’s bearish propaganda seems to have stopped this bullish ascent. Instead, Ripple price has taken a sharp nosedive and shed 8% in the last twelve hours of September 14, leaving it to hover above the $0.331 to $0.334 support area.

XRP price auctioned at $0.328 on Thursday. A Fibonacci Retracement surrounding the initial bull run during September shows the bulls have lost support at the 50% and 61.8% retracement levels. XRP price was bringing nostalgic price action back into the market.

XRP price auctioned at $0.33 as the bulls attempted to reconquer the 21-day simple moving average. A Fibonacci Retracement tool surrounding the September rally suggests the Ripple price faces a few more stiff levels of resistance before an uptrend targeting $0.39 can occur.

On Saturday, Ripple price retested the $0.381 resistance level after a 20% rally, but the sellers at this level, combined with the deteriorating market structure, pushed the XRP price lower. As a result, holders experienced an 11% drawdown to where the remittance token currently trades at $0.340.

Going forward, investors can expect XRP price to stabilize between the $0.331 to $0.360 barrier. However, if Ripple price breaks below the $0.331 support floor and flips it into a resistance level, it will invalidate the bullish thesis. This development could see XRP price revisit the $.0309 barrier.

Cardano price produced a higher high at $0.524 compared to the September 6 swing high at $0.512. While this outlook was bullish, it failed to sustain, leading to a steep 8.7% sell-off. However, the downswing has not yet created a lower low, aka liquidity fractal, that has been ongoing since June 19.

Cardano price saw bulls clawing back gains after the sucker-punch price received on Tuesday. ADA price paired back losses and booked over 3% gains. Cardano price sees investors focusing on retail numbers out of the US, as markets try to   get their heads around a myriad of moving elements – from the EU measures to tackle the energy crisis, to Japan where the central bank is near to intervening in forex markets. The risk for Cardano price is that a rejection from the monthly pivot could trigger a further drop lower.

Cardano price continues to shed gains after a sweep of the $0.505 resistance level on Thursday. Cardano price has been repeating a fractal pattern, which has taken the form of a short rally up to tap liquidity, for several weeks now, however, due to exhaustion and deteriorating market conditions, the so-called “Ethereum-killer” is now taking a U-turn and not stopping until it encounters a stable support floor.

Cardano price collected liquidity resting below the September 13 swing low at $0.460, triggering a reversal. Cardano price triggers its liquidity fractal pattern again after the recent sell-off in Bitcoin and Ethereum. The collection of sell-stop liquidity has also caused ADA to catalyze a run-up. Interested traders can capitalize on this rally by jumping on this trend at the right time.

Cardano price created the seventh liquidity run on a twelve-hour chart as it swept the September 13 swing low at $0.460 and created a double bottom at $0.450. This development kick-started a reversal that has pushed ADA up by 5.82% so far.

Cardano price reversed shortly after creating the seventh liquidity run, which pushed ADA up by roughly 7%. This reversal knocked the altcoin below the September 2 swing low at $0.448, collecting the sell-stop liquidity and punishing greedy bulls.

The eighth liquidity run is yet to recover above $0.448 and produce a decisive close above it to confirm the start of a recovery rally. If successful, investors can easily expect ADA to retest the immediate hurdle at $0.472. Depending on the buyers’ strength, the altcoin could attempt a retest of $0.505 if the $0.472 hurdle is flipped into a support floor.

While things are looking up for Cardano price, a failure to recover above $0.448 will be the first sign of weakness in the market. If ADA produces a lower low below the $0.435 level, it will invalidate the bullish thesis for ADA and potentially trigger a sell-off to July 13 swing low at $0.400.

Solana price shows optimistic signals amidst the most recent downturn. Solana price auctioned at $37.32 on Monday. A Fibonacci Retracement tool surrounding the summer high at $48.42 and the most recent swing low at $29.91 suggests the bulls have conquered 50% of the downtrend.

Solana price jumped over 2% and continued its rally from the beginning of September the following day. Solana (SOL) price sees bulls firmly breaking above the 55-day Simple Moving Average (SMA) after they failed to close above it on Monday.

The directional bias could lean in favor of the bears as a recent 50% Fibonacci level (based on the August high at $48.42 and recent swing low at $29.91) rejected the bulls at the $38 area while printing an uptick in bearish volume.

A breach of the swing at $29.91 could prompt a further decline of equal value to the August downtrend. Such a move would result in a 40% decline. On the contrary, a daily close above $35 could send SOL price towards the 61.8% Fib level of the mentioned downward move at $40. The bullish move would result in a 20% increase from the current Solana price.