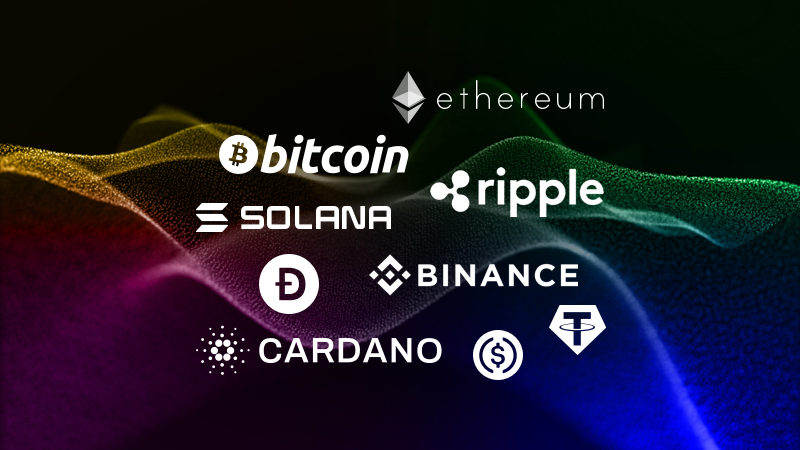 Stay one step ahead with the right information. Be rightly informed about the possible outcome and likely predictions of the cryptocurrency market with this weekly report.

At the beginning of the week, Bitcoin price showed signs of pausing its downtrend with growing hints of recovery. Bitcoin price slipped below the ascending parallel channel, triggering a 10% crash to $19,513. On Tuesday, Bitcoin price auctioned at $19,830 as retail traders were jumping into the market to place their bets on the next directional move. Since August 1, the peer-to-peer digital currency has fallen 20%.

The bearish target was $18,900 on Wednesday, and the invalidation level remained at $27,000. Bitcoin price showed that the recent sell-off was quickly undone as bulls came to the rescue. This development was well received by altcoins, including Ethereum and Ripple, which also experienced quick recoveries on Thursday.

On Friday, Bitcoin price traded at $19,982. Bitcoin (BTC) price rewarded brave bulls with gains for the week after price action finally pushed back against the bear trend where Bitcoin is in. Unfortunately, a weekly price chart does not show a nice picture with no signs of a turnaround. Instead, a squeeze to the downside continues with lower highs, set to see BTC price say goodbye to $20,000 for the last quarter of 2022.

Into the weekend, Bitcoin price was undergoing a harsh law in economics, finance and investing as the cash drain out of cryptocurrencies continues. Investors were switching their attention towards US treasury notes that are currently paying out roughly 3% or more on yield as the US Fed keeps hiking, making bonds more and more attractive as a product of investment.

At the start of last week, Ethereum price filled the imbalance, resting at $1,478 and as it attempted a recovery. Ethereum price crossed two significant supply zones pushing the asset’s price past $1,576 on Tuesday.

On Wednesday, Ethereum price wicked down to fill the FVG present at $1,461, following in the footsteps of its big brother BTC after it took a plunge on August 30. Not only was this move efficient, but it also managed to retain the $1,527 to $1,555 support structure.

Ethereum price has outperformed Bitcoin this summer by nearly 150%. Compared to Bitcoin’s 42% rally, the decentralized smart contract saw an increase of 126% since the June 18 liquidation.

ETH price auctioned at $1,571 on Thursday. The technicals showed a downtick in volume amidst the current sell-off, which was an optimistic signal of more gains to come.

At 17.6 million tokens as of Friday, the last time the Ethereum inventory was this high on all exchanges was in November 2021, when the ETH price auctioned between the $4,200-$4,600 range. In theory, the indicator suggests Ethereum price could be a volatile token ideal for day traders in the coming weeks. However, new all-time highs will be harder to accomplish than for its Bitcoin counterpart.

Into the weekend, Ethereum price managed to hurdle back above the 200 WMA on July 16 after three failed attempts stifled breakout bulls' ambition. The 4th attempt was the catalyst to a 67% recovery rally as Ethereum topped out at $2,030 on August 14.

On Saturday, Ethereum price currently auctioned at $1,592. 200-WMA hovered 20% below the current market value at $1,2563. Investors may want to consider keeping one in the chamber as the retest of the barrier has not yet occurred. A classic retest-and-rally signal from the historical barrier could be the next Ethereum bull run that could rally as high as $2,800. If the ideal scenario presents itself, the invalidation level should be below the June 18swing low at $881.

When market opened at the beginning of last week, Ripple price filled the imbalance to the topside at $0.371 and collected the liquidity resting below equal lows formed at $0.326. While the efficient move was complete, investors had to wait for a recovery above $0.326 to confirm an incoming bounce. The targets of bullish move were $0.340 and $0.360, but things could escalate, allowing Ripple price to retest $0.381 if the momentum is right.

On Tuesday, XRP price showed no signs of a quick recovery, unlike other altcoins that have undone the recent crash. If and when the bounce does occur, there are also firm hurdles ahead that will likely trigger another sell-off in Ripple price, pushing it lower.

At mid-week, XRP price steadily climbed higher for a reversal. XRP price showed a lack of buying pressure that had kept it under a crucial resistance level at $0.340, while many altcoins have exploded. However, on Thursday, Ripple price showed a lack of bullish momentum as it hovered just above a supporting trend line connecting swing lows since June 19. To the upside, meanwhile, XRP price had a ceiling of short-term resistance, extending from $0.331 to $0.334, potentially boxing it in and capping gains.

XRP price auctioned at $0.325 as the digital remittance continued to underperform relative to its peers at the last days of the past week. Since June, the digital remittance token has rallied by 35%. What had once appeared to be a profit-taking consolidation near $0.37 ended up morphing into an all-out sellers frenzy, with the Ripple price declining 10% in one day on August 19.

The bearish August 19 engulfing candle is now the largest candle for the summer, hinting that the bears are now in control. The Volume Profile Indicator is progressively increasing in transactions amidst each market decline. Lastly, the XRP price has witnessed a rejection from both the 8- & 21-day simple moving averages, which will likely entice side-lined bears to jump in for more downside potential. When combined, the XRP price could dispel a whirlwind of pain in the coming weeks. The bears are likely aiming for targets between $0.28 and $0.24. Traders looking to join the trend should keep an invalidation point above $0.41.

Traders should be wary of placing an entry too soon as closing a candle above $0.33 on the daily level could catalyse a sharp rise towards $0.37 in the short term.

On Tuesday, Cardano price showed an affinity to move higher after sweeping the liquidity resting below the previously formed highs. Cardano price was showing a clear buy signal that came in the form of liquidity runs of previous swing lows. This move was followed by a quick burst in buying pressure that pushes ADA higher. ADA produced a higher high today at $0.455 on Tuesday as investors expect a minor pullback to $0.425.

Toward the end of the week, Cardano price looked no match and was not up to the task of trading profitable in this current macroeconomic environment. With still elevated inflation, wages were being eroded with little money left to spend on cryptocurrencies. The first cycle of that cash draining triggered the drop for Cardano price action to slip below $1.00.

ADA price has been finding a floor near $0.415 as that level caught a falling knife in May and saw bulls try to trigger a bounce off that level this week. Unfortunately, that bounce is not strong enough, and with the 55-day Simple Moving Average hanging over the price action as a cap, price action looks set to slip lower in the coming weeks with first up the monthly S1 at $0.383, which falls in line with that falling-knife-low of March. Based on the monthly pivots for September, losses could go as far as the monthly S3 near $0.20, with $0.075 not far away anymore, and possibly be tested by November if the current dire economic situation persists.

A strong signal to the markets would be if Cardano price could start the week with an opening above the 55-day SMA, near $0.50. Bulls would jump in on that level as it will act as new support nearby, and offers a possibility to rally to $0.600 near-term. Longer-term $0.715 would be forecasted, although that would mean that something substantial changes or that cryptocurrencies are fully dislocated from the current macroeconomic backdrop.

Solana price is embracing the return of stability several days after the cryptocurrency market flipped bearishly. The largest cryptocurrency, Bitcoin, plunged below $20,000 on 27th of August, and pulled the entire market down with it. From support formed at $36.50, SOL price slipped and almost dispersed the buyer congestion at $30.00. However, a bullish outlook was back in play on Monday, August 29, with Solana price expected to make a stronger comeback.

On Wednesday, Solana price scampered for support barely a day after reclaiming its position above $32.00. The competitive smart contracts token tagged an intraday high of $33.15 before dropping to exchange hands at $31.36.

Solana price slipped further on Thursday, after Wednesday saw it forced to hand back its 5% profit for the day, at the end of the US trading session. SOL price was at risk of an accelerated move to the downside. The bottom for the week was set at $30 but if price action starts to move below there, expect a magnetic pull with the $26 marker as the attracting element in this drop. That could be as far as the correction goes because the Relative Strength Index (RSI) trades at lower levels and close to the oversold area.

Going into the weekend, Solana price showed a strong bearish influence on higher time frames. Solana price accomplished an impressive 85% countertrend rally to a high of $48.42 during the summer.  Unfortunately, the bears stepped back with supreme strength, as the bears managed to breach the ascending trend line that provided support throughout the summertime bull run. As a result of the breach, the bears sealed the deal forging a 2-week closing candle at $20.41.

Solana price currently auctioned at $32.29 as the bulls were struggling to showcase a retaliation on Saturday. The newfound bearish engulfing candle attributed to a 35% decline, which wiped out six weeks of an uptrend for the Solana price.