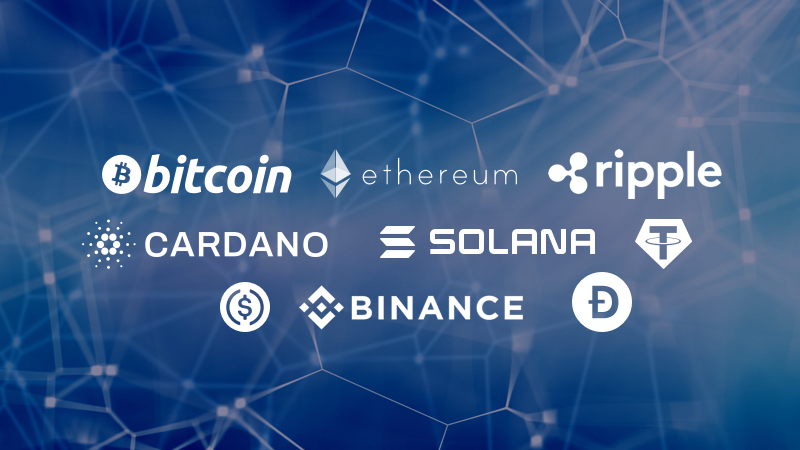 Should you buy the dip? What is happening to digital currency and how do we project the future? This weekly report covers your questions and more.

At the opening of the week on August 15, Bitcoin price revealed a bullish trend. Things were looking saucy for Bitcoin price and they struggled at $24,989. Bitcoin lost 3.7% in 24 hours, falling to $23.9K on Tuesday. Bitcoin on Monday failed to claw its way above $25K, after which short-term buyers rushed to lock in profits and returned the price to the $24K area. The pressure on BTC was exerted by the rising US dollar amid weak data from China, indicating a slowdown in the economy. Bitcoin price auctioned at $23,444 on Tuesday.

On Wednesday, Bitcoin price displayed a throwback higher after breaking out and to the downside of a rising wedge. Since July 1, the BTC price had ascended 33% in a jagged fashion. The turbulent ride created a coiling edge-like pattern that prompted higher lows and lower highs throughout July. The bears have established a daily closing candle outside the wedge, which could be the early evidence of an upcoming reversal.

Bitcoin price exchanged hands at $23,411 on Thursday. The peer-to-peer digital currency showed a slight uptick in volume amidst the trendline breach, while Relative Strength Index displayed several bearish divergences during the summer. Additionally, the bears established a breach through the 8- and 21-day simple moving averages.

Bitcoin price declined nearly 8% in the European session, slightly recovering its losses before resuming the downtrend on Friday. Bitcoin price declined nearly 9% overnight. BTC hit a three-week low at the $21,500 level. The crypto market was hit by a bloodbath and a sharp decline in the European session. Bitcoin and Ethereum shed their gains from the past week, altcoins witnessed double-digit losses.

While things are looking on the fence for Bitcoin price, a breakdown of the $20,750 support level and flipping it into a resistance level will postpone the recovery rally. In such a case, BTC could crash as low as $17,578 to collect liquidity, resting below the swing lows formed between June 18 and July 13.

Ethereum price consolidated inside the $1,852 to $2,022 range but showed weakness after the recent spike in buying pressure on Tuesday. Ethereum price traded at $1,883 on Tuesday, August 16, 2022. Ethereum price was on the border of an anticipated decline on Wednesday.

Ethereum price currency traded at $1,862 on Wednesday. Ethereum price profit-taking consolidation morphed into an all-out seller's frenzy. Ethereum price finally revealed its cards as the bears flexed a 17% decline. In doing so, the bears successfully breached through an ascending wedge, a major confluence signal for sidelined bears to enter the market.

Ethereum price also crashed roughly 19% following Bitcoin’s cue between August 18 and 20. However, the recovery seems to be much shorter as ETH began retracing into the weekend. Investors can expect a minor uptick to $1,675 to fill the inefficiency and trigger its reversal here.

However, in some odd cases, this move could extend to $1,730 and form a local top there before reversing and continuing its downtrend. Regardless of where the local top forms, Ethereum price is due to retesting the imbalance to the downside at $1,474.

Although the recovery targets are looking ambiguous, a flip of the $1,730 hurdle will indicate the resurgence of buyers. However, a higher high above the recent swing point at $2,019 will invalidate the bearish thesis for Ethereum price.

Ripple price has been attempting to breach the $0.381 hurdle for the eighth consecutive time and has yielded no discernible result that isn’t different from the rest. The sellers at this level are absorbing the incoming buying pressure, resulting in a consolidation that has been ongoing for two weeks. Regardless of the multiple failed attempts at breaching the $0.381 hurdle, Ripple price remains neutral-to-bullish.

XRP price stalled out on Tuesday. XRP price was in limbo as the bulls failed to prompt an ascension towards $0.41. XRP price traded at $0.3737 on Tuesday. Invalidation of the downtrend scenario for XRP remained at $0.48. XRP price remained extremely range-bound due to a lack of volatility and the presence of multiple stable barriers.

Ripple prices continued to do the same thing on Wednesday. Ripple price saw exhaustion of the bullish momentum that briefly pushed it above the $0.381 hurdle.

XRP price showed thought-provoking during the third trading week of August. A very peculiar influx of volume has recently come in as the digital remittance token continues to hover above a crucial descending trend channel. The XRP price saw barely any movement amidst the increased transactions, which dictates the question, who's buying and who's selling?

XPR price currently auctioned at $0.3764. An on-chain analysis recently showed an uptick in transactions for the XRP price last week. On Friday 8/19 the digital remittance token witnessed a 10% liquidation falling beneath a historical descending parallel channel. The bearish cross of the 8- and 21-day simple moving averages near the $0.37 level acted as the catalyst to induce the selling frenzy.

XRP price currently traded at $0.33 on Friday. Traders should be very cautious at attempting to buy a dip as previous outlooks have forecasted target zones near $0.28 and possibly $0.24. Ripple price hovered around the $0.340 hurdle with no directional bias in mind.

If Ripple price flips the $0.381 hurdle into a support floor, it will invalidate the bearish thesis by conquering a long-standing resistance level. In such a case, investors can expect XRP price to make a move to the $0.439 barrier.

In March 2022, Cardano price was sitting around the desired $1 level. Profit taking has hit a peak at $0.55, nearly 50% below the bullish target of $1. Cardano price action has been having difficulties with the monthly R1 resistance level at $0.580 and is at risk of forming a double top which would see a short-term squeeze to the downside.

Cardano price has seen three consecutive down candlesticks denoting an aggressive seller-dominated regime. This massive sell-off seems to originate from the influential lead crypto Bitcoin and is affecting many altcoins. Cardano price crashed 23% over the last four days of the past week as it traded at $0.470. The recent sell-off pushed ADA to slide below the midpoint of the $0.380 to $0.609 range at $0.494.

A stabilization of selling pressure for big crypto could see altcoins undergo a relief rally, which could potentially push Cardano price higher. In such a case, ADA is likely to revisit the $0.494 hurdle, but in some cases, ADA might rally more concertedly and retest the $0.525 resistance level.

This relief rally will provide a haven for investors to get out of their loss-making positions, especially if they believe the market will crash further.

If the sell-off does not stop, Cardano price could visit the $0.419 to $0.434 support floors. These barriers could potentially pause the ongoing bearish momentum and give holders an opening for a much-needed relief rally.

On the other hand, if Cardano price manages to undo the losses seen over the last four days, it will signal a resurgence of buyers. However, if ADA can flip the range high at $0.609 into a support floor, it will invalidate the bearish thesis. In such a case, Cardano price could attempt an upswing to $0.749.

Solana price consolidate near the bounds of an ascending trend line that has provided support throughout the summer. Being that the SOL price went from oversold to rebounding from the 40 level on the RSI warrants the idea that, at best, a new bull run is starting.  At the worst, a connective X wave could continue to make considerable gains before failing.

Solana price traded at $43 as the centralized smart contract token rallied 68% since June’s low at $26. Solana price faced strong resistance at the $45 barrier.

On Tuesday, Solana price showed an interesting setup as it tries to overcome a stiff resistance level. Solana price has been on a clear uptrend since producing the June 14 swing low at $25.76. This steady move has produced five higher highs and is on the verge of creating a sixth. While the upside for SOL is blocked by the $44.53 resistance level.

An interesting take here is that Solana price has managed to push past the highest traded volume level at $40.46, aka Point of Control (PoC). Additionally, SOL has also managed to bounce off the daily demand zone, extending from $39.14 to $42.75.

The Relative Strength Index (RSI) also shows a strong persistence of bullish momentum, adding a tailwind to the bullishness of SOL. The only thing left for Solana price to do is break above the $44.53 hurdle and retest the next barrier at $60.

Investors should note that the bulls could pause at the $50 psychological level before breezing through to $60. An extension of the uptrend could see Solana price revisit the $65.71 blockade, which is likely where the rally will form a local top.

On the other hand, if Solana price fails to stay above the $39.14 to $42.75 demand zone, it will signal weakness and invalidate the bullish outlook by producing a lower low. This development could see SOL drop to the August 3 swing low at $37.40 initially. However, as the selling pressure builds up, this correction could steepen to $34.65.