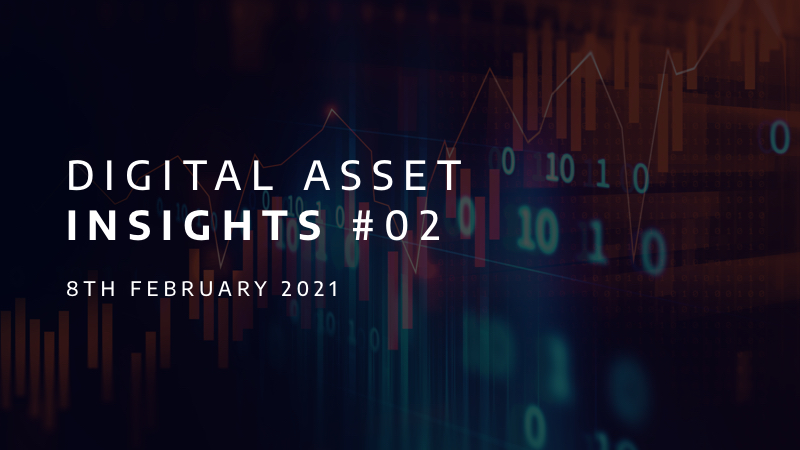 The digital world this week was not only eventful but also filled with a lot of surprises. Thanks to immutability, the blockchain is very secure, and given the rise in the acceptance of digital coins like bitcoin and the recently rising Ethereum, people are starting to see the potential in them. This is why a lot of people have their digital currency holed up somewhere. But what happens when you forget the one access password to your secure wallet? Well, the answer is simple, your coins become lost forever, or not.

Yes, a new age is dawning as the evolution of digital assets and their applications continue to increase. Wallet Recovery Services boasts of their ability to recover access to secure wallets, and every day there is an increase in the number of requests they get. According to its co-founder who goes by the pseudonym "Dave Bitcoin", there are a total of more than 60 requests daily. According to both founders, the software which was developed as a hobby in 2013 creates a brute force attack on the wallet and in quick successions tries millions of passwords.

The software runs on the Linux nodes and is hosted on Amazon Web Services. Although the software only uses permutations of potential passwords, the likelihood of success is quite high as many people tend to reuse the same password on multiple platforms. Although their services did not gain traction in their early days, lately there are more and more people with every reason to want re-access their wallets after forgetting their password. According to Dave, they spend most of their day replying to emails and trying to evaluate the requests to find the possibility of providing a solution.

While most folks are doing what it takes to gain access to their forgotten digital assets, others are getting fined for violations of the blockchain network rules. That's right, during the week, up to 75 Ethereum 2.0 violators were fined the sum of $30,000 for double voting on the Ethereum network. While this is hard to comprehend, given the nature of the blockchain, these violators thought it smart to run the staking software on two separate computers at the same time, which led to what is known as double voting.

According to sources, the nodes all belonged to the provider "Staked.us" who admitted to overlooking the risks posed to get better performance, disabled certain precautions which only led to a worse outcome. To make up for their lack of caution, they had to cover the cost of the incident, exempting their clients from losing out on future benefits.

Validators on the Ethereum 2.0 networks are required to pay a deposit of at least 32 ETH, of which half of the amount is normally used to cover violation fines if there are any. Validators are allowed to remain on the network as long as their deposit remains above 16 ETH, after which they are removed from the network.

Meanwhile, Dogecoin is still on the rise as the self-proclaimed billionaire "meme lord" tweeted a picture of the Lion King using his face on Rafiki's body and the doge meme dog on Simba's body, above which he wrote "Ur welcome". An hour later he posted "No highs, no lows, only Doge". These tweets gave a rise to an increase in the price of Dogecoin as traders rushed to take advantage of the opportunity. Although the digital coin seems to be leveling back down, this frenzy, as many would call it, is one that only Elon Musk the founder of Tesla and SpaceX can cause. With this single tweet on Thursday, the digital currency experienced a price surge of more than 50% before the end of the day.

Though this is nothing compared to the 800% surge his tweet caused the week before, it did give enough cause traders and enthusiasts to pay close attention to Dogecoin throughout that day. While these meme-themed tweets are catching a lot of attention, many in the cryptocurrency community are worried about the effects it's having on the market generally. So far, there have been a lot of pump and dump activities on the Dogecoin.

The digital currency world is vast, and some will do their best to take advantage of others for their own benefit. One such person is an Australian man who on Thursday pleaded guilty to security fraud after cheating investors of over US$90 million. According to prosecutors, the cryptocurrency funds were squandered on his indulgences.

The fund which was titled Virgil Sigma was run by Stefan He Qin, a 24-year-old Australian, and was run from 2017 until 2020. And during this period, He Qin had drained all the assets from the $90 million while lying to investors about the performance and situation of the fund. He Qin pleaded to a single count of fraud charge on Thursday at a Manhattan court.

According to prosecutors, dozens of investors were cheated of their funds by He Qin, some of whom were from the United States. The situation indicates that the whole scheme came to light when Qin failed to meet the redemption requests from his investors and tried to do this from another fund he controlled to compensate and cover up for the first theft. US Attorney Audrey Strauss says that Qin could face up to 20 years in prison after sentencing in May of this year. However, attorneys to He Qin say that their client is ready to accept full responsibility for his actions and will do his best to make amends.

In a market wrap, Ether reaches a new market high as Bitcoin makes some gains. The price of Ethereum increases ahead of the CME's ether futures which will launch on Monday. Bitcoin price, which enters its fourth day of an upward trend, goes as high as $38,332 at 9 a.m. EST but lost its momentum as the market headed into the weekend. According to some experts, the loss in momentum is due to most traders diverting their interests to other high flying digital assets.

Although Bitcoin is still on its 30-day volatility, investors continue to consider crypto as an asset class as Bitcoin's 30-day volatility from Thursday's close is at 102.9% on an annualized basis while gold is at 16%. According to Guy Hirsch, managing director of the U.S. for eToro “Ether is surging largely on the back of the growth in decentralized finance projects that rely on ERC-20 tokens to operate,” he also said that “Since ETH has not previously traded this high, it’s hard to tell what kind of support there is but, should DeFi projects continue to grow at the rate they are, it would be hard for ETH to not continue to set new records.”

Traders are advised to watch out for the ETH/BTC trading pair, especially as the ether market heats up. This market rise indicates that traders are selling their Bitcoin for ether, which has led to an appreciation of over 75% in 2021.

While digital coin traders around the world are keen to get on the latest market trend, the cryptocurrency community continues to gain more members. However, there are some whose actions make many ask, "What now?". The Central Bank of Nigeria on Friday announced that it has released a directive to all banks in the country to close all accounts related to cryptocurrency. The statement which was released by the bank on Friday in a letter was confirmed by Osita Nwanisobi, the CBN spokesman. The directive prohibits all financial institutions from facilitating cryptocurrency payments in the country. This new development comes right after India had placed a ban on privately owned digital currency in the country. This leaves many to wonder if the Nigerian Central Bank plans to follow in the footsteps of the Indian government. This directive was not for banking institutions alone but also non-banking institutions, and other financial institutions. According to the CBN, cryptocurrency is not a legal tender in the country and all NBFIs, DMBs, and OFIs are to identify all and any entities or individuals with digital currency exchanges in operations within their systems and close their accounts.

In light of the CBN directive, Binance on Friday temporarily suspended Naira deposits. Although the suspension is only temporary, it remains unknown when it will be lifted. Many believe that the CBN's action may impact the fiat currency on/off-ramps, even though a majority of the crypto trading in the country is done on peer-to-peer platforms, which perhaps will remain unaffected. Although the reasons remain unknown, some hope the government can give a reasonable explanation for this action by the Central bank.

As traders come out of the weekend, all eyes remain on Bitcoin as it looks set to attempt another bull run. Indications show that as it hits the $38,000 resistance, it can only go up from them. Is Bitcoin preparing to hit another new high? One can only look forward to the outcome this week.