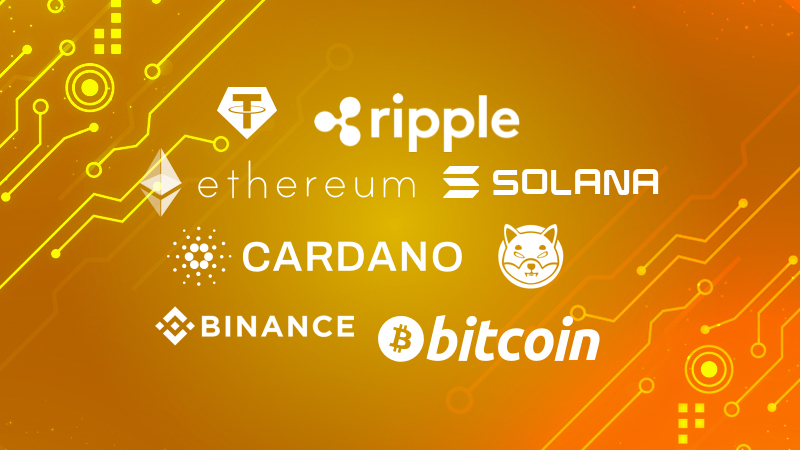 To accurately predict the future of your favorite coin, you need to be informed about its market behaviors and understand its bullish and bearish performance. This is important to be on the safer side in investing in these digital assets. This is exactly what this weekly report helps you to achieve.

As the week opened, Bitcoin continued ranging between the $29K and $30K zone. The leading cryptocurrency’s inflection point was pegged at $30,000 on June 5. Bitcoin broke out of its record 9-week trend of closing in the red with its June 5 close at $29,997, barely above the $29,422 level required to be in the green. Bitcoin’s price showed a 5% increase in 24 hours, going up to $31,600 on June 6. The price increase marked the breaking of the $30k resistance for Bitcoin for the second time in the past two weeks. The price had previously jumped to almost $32k in late May before crashing below the $30k mark.

Following a strong start to the week, bitcoin was once again trading lower, as prices dropped below the $30,000 mark on June 7. Tuesday’s selloff saw BTC/USD slip to an intraday low of $29,311.68, which is over 7% lower than yesterday’s peak at $31,693.29. After breaking out of its $30,500 ceiling on Monday, prices were unable to penetrate the higher resistance point of $31,550, which was an entry point for bears.

On June 8, Bitcoin continued its wild swings between $29-31.5K. By the end of the day on Tuesday, it had moved sharply back to the upper end of the range, but Wednesday began with a new dip, temporarily falling below 30K. Overall, bitcoin added 2.7% over the day and had lost 4% in seven days, all well below the intraday fluctuation amplitude.

Bitcoin (BTC) price sees its price action being underpinned around $30,000 as, although price  broke below in the past few days, the close above on Wednesday and the opening above this morning was a promising sign going forward. Additionally, a decoupling started to unfold as although stock markets were trading lower, the one-on-one correlation with crypto looks to be breaking down. With investors searching for a place to invest to get high yielding returns, cryptocurrency as an asset class looked set to return to favor both for hedge funds and investors.

On June 10, Bitcoin price failed to maintain support above the $30,000 level. Friday morning, the bears flexed their guns, printing a bearish engulfing candle which now has the peer-to-peer cryptocurrency suppressed by $29,300. The BTC price action could be the first decline of the larger sweep the lows event, a possibility that has been mentioned in previous outlooks.

Going into the new week, Bitcoin price dipped below $25,000 after entering Monday's trading session in a negative posture. The downswing appears to have derived from the break of an ascending triangle on the four-hour chart. BTC price has reached the triangle's target at exactly $24,864.

At the beginning of the week, ETH/USD traded slightly lower, after hitting resistance near the 1850 zone. However, although the crypto traded below the downside resistance line drawn from the high of May 15th, it remained above the key support area of 1685, thereby forming a descending triangle pattern. That triangle is also below a longer-term downside line, drawn from the high April 3rd, and thus, we see more chances for the price to exit the triangle to the downside rather than to the upside.

On June 7, Ethereum was setting up for a devastating plummet into the $1,300 price level. The coiling-like pattern accompanied by the Volume Profile indicator showed significant bearish involvement. The bulls Ethereum price was deemed a high-risk asset until lower targets were reached. However, Ethereum price stabilized around the $1,731 support level for nearly two weeks and shows signs of building steam. As ETH continued to coil up, a potential spike in volatility that pushed Ethereum price to sweep the equal highs at $2,020 seems plausible.

On Thursday, Ethereum (ETH) price traded within the ranges of a triangle formation that had been holding its grasp on price action for a couple of weeks now. Although it was still far from completing, with a possible breakout in July, nothing forbids bulls from making an earlier run for it. Price action is clearly underpinned by bulls scooping up every possibility of getting in beforehand, even above the triangle’s baseline. Certainly, the $1,720 level looks to be doing just that.

Going into the weekend, Ethereum price breached the lower bounds of a triangle, which coiled around the payment token throughout the month of May. The breach could be the catalyst for the ETH price to fall to $1400. A bearish engulfing candle has been printed on the 4-hour chart, which has also breached the buyers' support level on the Relative Strength Index. The ETH price now trades at $1731. If market conditions persist, a sharp decline could continue throughout the weekend.

Ethereum price set a bear flag in late April and breached the lower trend line on May 4. Since then, ETH has crashed 52% to reach the forecasted target at $1,305. As the altcoin trades around this level, investors need to be patient with buying the dip or opening long positions.

This crash has breached the $1,401 weekly support level and flipped it into a resistance barrier. A continuation of the downtrend that breaks down the $1,305 level could trigger a 20% nosedive to the immediate foothold present at $1,050.

On Monday, June 5, Ripple price moved close to retesting the $0.437 hurdle but failed and retraced to the $0.389 stable support level. After a quick sweep of this level, bulls took control and triggered a 5% run-up to $0.404. The lack of bullish involvement within the pattern could be indicative of smart money’s unwillingness to negotiate at the current $0.39 level.

XRP price has seen better days and could be too risky to trade at the current time. In fact, the crypto markets' consistent failure over the last ten weeks provokes crypto advocates’ core idea of decentralization as nearly all cryptos seem to be highly correlated and respondent to Bitcoin.

As of Wednesday last week, Ripple price had been producing lower highs since May 13 and the recent swing high on June 8 seemed to have done exactly that. As XRP price continues to trade in lockstep with Bitcoin price, this trend is likely going to continue.  While the short-term target is $0.455, the recent sell-off in BTC has caused the XRP price to follow suit. As a result, investors need to be patient and re-evaluate as Ripple price slides lower to tag the $0.371 support level.

On Thursday, Ripple (XRP) price action was almost a direct copy and paste of Bitcoin price, which,along with similar patterning also stayed underpinned at $0.38. This support level is fundamental in the short-term to determine if a rally could be happening anytime soon. With price action underpinned, the logic is that bulls are still buying and are not letting loose on bears to overmatch their sell orders. As a result, eventually, price action should shoot up quite rapidly as bears start to give in and even turn around and start to buy XRP coins to take advantage of the market pivot.

XRP price could therefore be in for a treat with price action first popping above $0.4228 before trying to rally another leg higher, with some room to cross towards $0.48, making 20% gains in the covered area. The monthly pivot could throw a spanner in the works below that level if bears use it as an earlier entry point with their stops placed above that $0.48-handle. Depending on the tailwinds and catalysts, that could trigger another leg higher and $0.52 could be up for grabs.

Going into the weekend, Ripple price declined but has yet to touch the bearish entry signal at $0.3820. Once $0.3820 is touched, a fall into the $0.30 zone could occur. The bears have printed a large bearish engulfing candle on the 4-hour chart with a settling price of $0.3870, so the probability of activating the bearish thesis is high.

Ripple price breached a bearish pennant, another bearish continuation pattern on June 10. This development caused the XRP price to crash 16% in the three subsequent daily candlesticks. As the remittance token trades at $0.325, the risk of a further crash lingers. This technical formation forecasts a 42% crash to $0.221, and considering the current position, Ripple price could see a 32% drop. However, this move will not be a sudden crash due to the $0.250 and $0.302 support levels.

The week opened with Cardano (ADA) mimicking Bitcoin when it comes to showing decent results on the crypto market. As Bitcoin breached the $31,000 mark, the positive effect of the same was reflected on altcoins such as Cardano and Solana. According to CoinMarketCap, the crypto hovered around the $0.5996 mark and rising. This made analysts even speculate on the cryptocurrency reaching the $1 mark in a matter of days.

Cardano price traded at $0.64, 60% higher than the brief $0.40 lows seen on May 12. The volume pattern signaled a very strong ramping pattern which usually forecasts a future decline when established in downtrends.

Cardano price could fool traders once again as the price action hints subtly at a future sell-off. Since May 12, the bulls have endured a brutal stranglehold by the bears. On May 15, the bulls tried to promote a rally, but the countertrend retaliation was short-lived. The bears immediately stepped back into the market, defending the bearish trend and wiping out nearly all net positive gains for bullish traders. On May 29, the bulls tried again and saw more success. Analyzing the tug of war price action, it appears the bulls could face exhaustion and may not be able to provide support for much longer.

Solana price briefly swept below the $37.37 support level, creating another lower low on Monday, June 5. The upside for SOL was capped due to the recent flip of the $41.25 high-time-frame support into a resistance barrier.

On Tuesday, Solana price fumbled. Solana price action consolidated between the $41.25 support level and the $55.97 hurdle for roughly three weeks since May 12. However, due to the bearish outlook of the crypto market and SOL investors losing faith in the blockchain, things have worsened. Solana (SOL) price was in a pennant formation for most of May, but the pattern shifted towards a bearish triangle as a support line had seen three tests already and pressure mounted with the dollar weighing in. S

On Wednesday, the SOL price was set to tank at least 15%. Solana price surprised investors after a pennant formation that looked promising for a bullish breakout broke the other way. The Relative Strength Index (RSI), which is trading higher, away from the oversold area, appeared to confirm the pattern’s bullishness. Yet, instead, a bearish break materialised, which tested the bottom level of 2022 at $35 again. This level has held on three previous occasions but this time it is starting to weaken as pressure mounts, with lower highs and a downside squeeze.

Going into the new week, Solana price is suspended between the weekly support level at $24.52 and the weekly resistance level at $47.43. A 20% crash seems likely; a breakdown could see SOL revisit the $19 foothold. A weekly candlestick close above $47.43 will invalidate the bearish thesis. Solana price has been on a freefall since April 4 and has produced not one but nine weekly consecutive down candlesticks. With the crypto market looking as bearish as ever, investors can expect more bleeding.

Solana price has dropped roughly 88% from its all-time high at $261.51. This downswing was a result of multiple reasons with the most recent being the LUNA crash. So far, SOL has crashed 20% over the last week and is currently trading between the $47.43 resistance barrier and the $24.52 support level. Due to the lack of immediate footholds, the likelihood of a further crash in Solana price is high. Investors can expect a 20% drop to $24.52. While this barrier is a significant one, market makers or smart money might push SOL to $19 to collect the sell stops. In total, Solana price could shed 36% from the weekly open at $30.53 before buyers’ step in and scoop the altcoin at a discount.