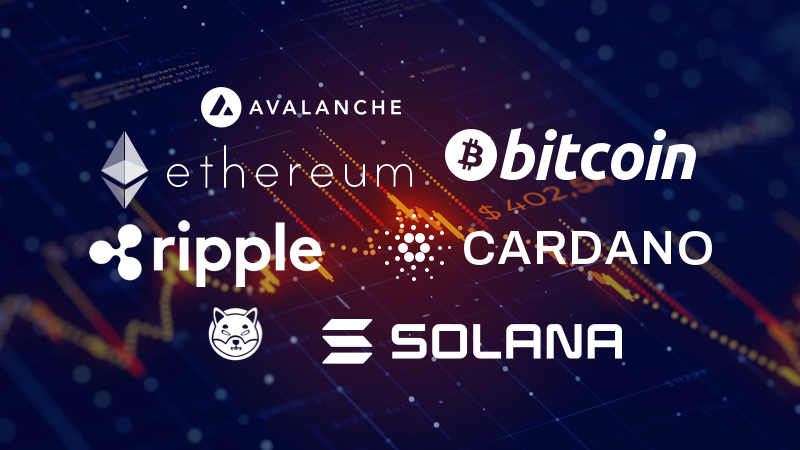 With digital currencies, you either gain or lose. However, with the right information, analyses, and expert predictions, you can maximize the trading sessions to your advantage. This newsletter is your constant guide to profitably mine the cryptocurrency world this week.

On Tuesday, April 19, Bitcoin declined below the $39,000 level against the US Dollar. Bitcoin price followed a bearish path below the $40,000 level. BTC even traded below the $39,200 support and declined to a new weekly low. It spiked below $39,000 and traded as low as $38,570. It started a strong recovery wave and climbed above the $40,000 resistance zone. There was a break above a major bearish trend line with resistance near $40,220 on the hourly chart of the BTC/USD pair. It ended the day trading above $40,000 and 100 hourly simple average.

On Wednesday, April 20, Bitcoin managed to recover from the $38k price zone and traded over the $9k mark, indicating that the bulls have made a rally against the bears. Though the largest cryptocurrency in terms of market capitalization has lost 10% in the last two weeks, BTC is gradually recovering. As the week’s trading session drew to a close, Bitcoin increased about 7% from the current month’s low.

The Bitcoin market fell below $39,000 after the Easter holidays as “weak hands' ' continued to sell, forcing prices down to a local low at %38,729 before bouncing back. As of Friday, April 22, Bitcoin remained range-bound in the high $30,000 to low $40,000 areas. The first crypto by market cap saw its volatility reduce as several factors contribute to the slowdown across the sector. Bitcoin traded at $40,500 with a 6% loss on Friday.

At the opening of the week, Ethereum started a fresh decline from the #3,080 resistance against the US Dollar. ETH price traded below the key $3,000 support and even declined below $2,920. On Monday, April 18, a high was formed near $3,082 and the price started a fresh decline. There was a move below the $3,050 support level and the 100 hourly simple moving average. Besides, there was a break below a key rising channel with support near $3,030 on the hourly chart of ETH/USD.

On Wednesday, April 20, ETH/USD traded down by 0.79% at the price of $3077 which marked a slight decline from its daily high of $3169 that was set that day. Before Wednesday, ETH/USD had been able to find some support in the lower $2880 level. It faced the downside as many traders were expecting the coin to resume uptrends at Midweek but the 9-day moving average remained below the 21-day moving average.

Going into the end of the week, the Ethereum price marked a notable decline from its daily high at $3033 during the European session on Saturday as the bulls attempted to spark another rally. However, in the near future, Ethereum (ETH) may be able to find some support in the lower $2800 level, as it has bounced multiple times after visiting this level.

After several bullish movements, the Ethereum price has been trading towards the south as the coin is currently experiencing a price drop. Before this, many traders were expecting a lot from the coin after touching the resistance level of $3033 a few hours on Saturday reflecting an improvement in the Ethereum price currently moving below the 9-day and 21-day moving averages, which is yet to break below the lower boundary of the channel.

Moreover, any further bullish movement above the upper boundary of the channel may likely push the Ethereum price to hit the nearest resistance level of 8000 SAT. However, the resistance level of 8200 SAT and above could be visited as the Relative Strength Index (14) is moving above 50-level, suggesting that the market may begin to rise.

At the opening of the week, Cardano price formed a bottom reversal pattern that could pull it from the multi-month downtrend and kick-start a bull rally. The daily candlestick closed below $0.85 which invalidated the bullish thesis on Monday.

Cardano price was one of the more favorable charts among cryptocurrencies last week. On Monday, the bears pushed the Cardano price into an expected supply zone at $0.88. The bulls quickly jumped on the opportunity and bought the discounted ADA price.

On Wednesday, Cardano's price hovered at $0.93 above the zone. Before the end of the day, Cardano's price hit a daily high of $0.96 breaking into an uptrend. Proponents believed the two important drivers of Cardano’s price rally were the increasing number of apps and on-chain activity on the ADA network and the crowd sentiment.

ADA price is currently in a 1-to-4 ratio trade. Cardano's price slipped earlier this week below the 55-day Simple Moving Average (SMA) at $0.976. Although this is to be conceived as a bearish signal, bulls are catching the drops and refraining from price action dropping below $0.80. ADA price is thus setting up for a bullish breakout where the demand side will outweigh the sell-side pressure anytime soon.

XRP displayed bullish behavior at the beginning of the just concluded week. XRP traded at $0.76 as the price declined during intraday hours into a breach trend line at $0.72. XRP price hovered over the 100-day moving average, adding bullish confluence.

Ripple's (XRP) price has investors worried after s strong rally on Monday under thin volumes got pared back during ASIA PAC session. The issue grew tail risks, with the FED signaling a more hawkish approach and the French election adding more weight to geopolitical concerns. As such, investors are not in a happy place and are looking to reshuffle their portfolios by cutting back on holdings of cryptocurrencies, with XRP price at risk of losing roughly 11% from said portfolio rotations.

On Wednesday, XRP bulls stayed suppressed by the 2022 volume point of control, delaying a move to $1. Ripple's (XRP) price saw bulls rolling over as they failed to defend $0.73. With the favorable tailwinds from Wednesday not filtering into the XRP price action, bears seized the opportunity to drive the price down and see hesitant investors pulling their funds.

Avalanche experienced a consistent downtrend in the last seven days. The price of Avalanche fell by 6.57% over the just concluded week and further declined by 639% on Saturday. It was seen bullish by 1.20% on Sunday morning and it is currently exchanging hands at $68.59 per AVAX which is still 53.09% below the all-time high of $146.22

Like most digital currencies last week, Dogecoin experienced a bearish momentum in the last 7 days by falling by 8.00%. It further declined by 7.17% on Saturday but showed bullish signs by growing by 0.85 on Sunday morning. The current price is $0.1248 per DOGE. Dogecoin remained below the all-time high of $0.74 which is the same as being 83.14% low.