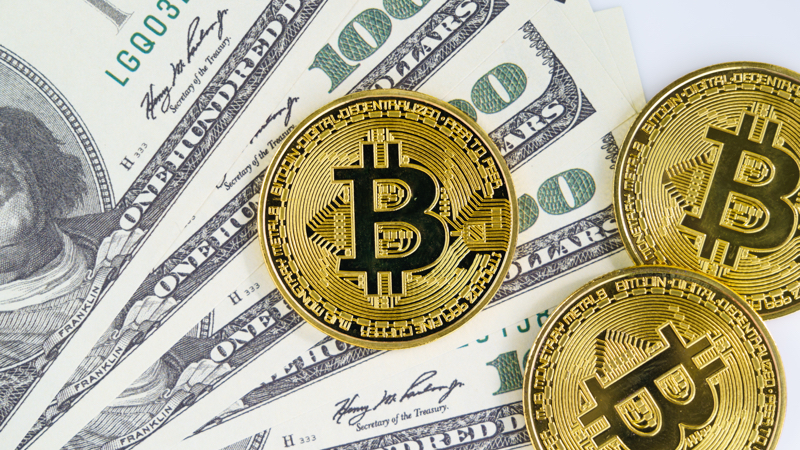 BTC/USD opened the month selling at $43,257 on the first of March after soaring above the 9-day MA and 21-day moving averages to cross the upper boundary of the channel. The largest digital asset was also seen pulling back after touching the daily high of $43,757 during the European session on March 1. Moreover, towards the end of the day, BTC price was seen crossing above the upper boundary of the channel and was projected to reach the nearest resistance level at $46,500.

It should be noted that the “Special military operation” launched by Russian President Vladimir Putin against its western neighbor caused massive disruptions in financial markets last week. Bitcoin, being a highly volatile and free-market asset, dropped by about $5,000 in a day to a monthly low of just over $34,000. However, the cryptocurrency recovered just as rapidly on the following day as no other country wanted to be directly involved in the ongoing war between the two former Soviet States.

On Tuesday, BTC went on a tear from its aforementioned level, broke above $40,000, and kept climbing to a 12-day high at just over $44,000. By surging more than 15% in a day, Bitcoin recorded its most significant daily price increase since February 2021, when it pumped by almost 20%.

On the 4th of March, Bitcoin dipped to $41,000 as crypto markets shed $100 billion in a day. BTC continued to lose value in 24 hours and dipped toward a five-day low of under $41,000. Recall that on February 28, Bitcoin initiated its largest daily green candle in over a year by surging by about $6,000 and touching above $45,000 after the US and most Western nations said they will not get involved in the Russian-Ukraine war directly. However, BTC started a steady decline since and its market capitalization has consequently slopped beneath 800 billion.

As the market enters into the weekend price action, Bitcoin found temporary support at $39,000 but buyers are scarce.

At the opening of the week, ETH/USD hit the $3000 mark once again as it crossed above the upper boundary of the channel on March 1. It hovered above the 9-day and 21-day moving averages with 1.11% gains in the first 24 hours of the week. The second-largest cryptocurrency based on market capitalization was up by 22.21% in the last seven days to hit $2,911 during intraday trading.

The price fell below $2500 during the trading session of the next 48 hours but began an upward trend towards $2700 resistance on March 5. ETH still follows the bullish movement, despite the recent price falls that hit the market. ETH market opened on March 5 with the price hovering above the resistance level of $2634.

After retesting the weekly support barrier at $2,324, ETH began an attempt to revisit the $3200 hurdle during the midweek trading session. However, at the close of the week, Ethereum's price traded against its final support level at $2500. The level is below the new 2022 Volume Point of Control and below a bearish continuation pattern.

XRP opened the week with a steady downtrend with lower lows and lower highs depicted by a declining trend line. XRP price remained stuck under a declining trend for nearly three weeks and shows no signs of recovery in the near future. While this development might be bearish in the short term, it could be an opportunity for sidelined buyers due to the proximity to a stable support level. XRP price was stuck under a declining resistance barrier, getting its uptrends hammered by bears.

At the end of the week, the Ripple price prediction shows that XRP is down by 1.86% after touching the daily high at $0.75 during the European trading session on March 5. Going into the weekend, XRP/USD touches the resistance level of $0,75 before giving a bearish signal. The bulls could not push the price above the 9-day and 21-day moving averages as the price is down to touch the support at $0.72. However, the technical indicator Relative Strength Index moves below 50-level and this could allow the market to dip towards the lower boundary of the channel.

Compared with Bitcoin, XRP stays above the 9-day and 21-day moving averages, the price action has remained intact within the channel but if the selling pressure continues, the Ripple price may slide to the downside.

Cardano price rallied during last week's Monday trading session. The moves come after several solid weeks of sustained lower lows and part of a broader route that has lasted nearly six months. Analysts believe Cardano's price action is positioned for an explosive breakout above key resistance. The $1 resistance level became the next target for the bulls to break.

On the 2nd of March, Cardano's price failed to recover despite hitting a new all-time high in total value. The Ethereum-killer Cardano network hit a key milestone when its total value locked crossed $133.39 million. Despite high development activity and a new all-time high in TVL, Cardano's price struggled to recover. Analysts evaluated the Cardano price trend and predicted that $0.96 is a key level for the Ethereum-killer.

During the March 3 trading session, the Cardano price rally faced rejection at the $1 psychological level, leading to a retracement. As the week draws to a close, Cardano prices remain struggling to move beyond a crucial support level even as Bitcoin consolidates. Its recent uptrend faced rejection as it was seen heading lower to look for a stable support level and trigger a new rally. Cardano's price rallied 22% from February 28 in an attempt to move past the $1 psychological level. However, the bullish momentum was not enough, leading to a retracement.

Tether, like many digital currencies, has also experienced a continuous downward trend during last week's trading sessions. In the past seven days, the price of Tether has fallen by 0.02%. it declined further by 0.01% on the last day of the week. The current price is $1,001 per USDT. Tether is 18.02% below the all-time high of $1.22.

Unlike many cryptocurrencies, Avalanche has been on the rise this week. The price of Avalanche has risen by 0.46% in the past 7 days. However, the price declined by 0.69% as the week trading sessions closed, but it began an uptrend by 0.39% at the opening of the new week. The current price is $75.18 per AVAX as it remains 48.58% below the all-time high of $146.22.