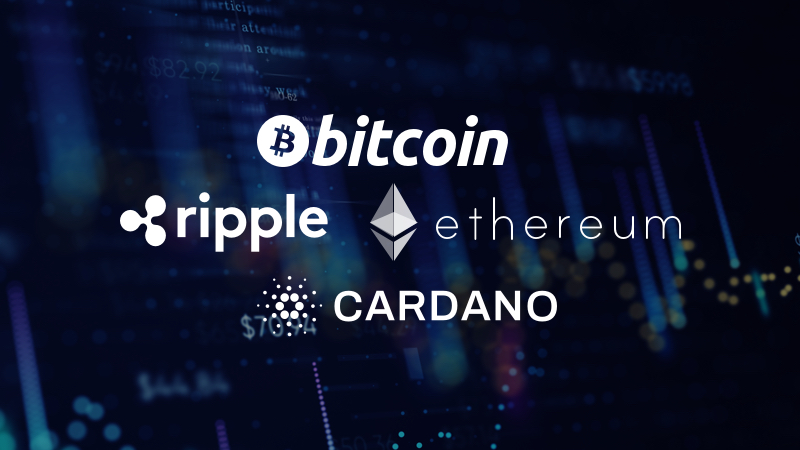 Bitcoin dips to the lowest level in five months below $39k on January 21, 2022. This is the second time this year that the world's largest digital currency by market value has fallen below $40, 000. Following the dip in the value of cryptocurrencies, nearly $600 million was liquidated in 12 hours. It was oversold for the first time since May 2021. As a result, not less than $200 billion has vanished from the market in hours. Bitcoin’s price behavior has affected the whole market, as literally all the cryptocurrencies are in the red territory.

Bitcoin plunged to around $34, 000 on January 21. About $1.5 trillion has evaporated in total cryptocurrency market prices since November. Bitcoin, the leading cryptocurrency, was down 18.21% and was trading at $34, 935 during the intraday.

By January 23, bitcoin had plummeted below $33, 000, a new six-month low which caused a lot more pain for over-leveraged traders. It was reported that bitcoin was fighting to stay above $35, 000 in the early hours of Tuesday, however, the asset quickly lost the battle as it plummeted by more than $2, 000 to its lowest price level since July. Coinglass data shows that the liquidation jumped over $100 million in the past hour since BTC’s latest dump. More than 100, 000 traders have been wrecked in the past day.

As of January 23, the bitcoin mining difficulty stands at 26.643 trillion at an average hash rate of 190.71 per second. The mining difficulty recorded major dips after China imposed a ban on crypto mining last year. The data from BTC.com further shows that the mining difficulty will continue increasing in the next 12 days. The platform estimates that this metric will reach 26.70 trillion within this time.

By the afternoon of January 24, bitcoin broke out in a feeding frenzy, raking up over $37k after falling to its lowest point in the same morning. It shot back to $36, 000 on Tuesday.

Moreover, on Saturday, Bitcoin moves higher as crypto markets rebound on Saturday. It regained its upward momentum as the bitcoin bull appeared to have re-entered the race. BTC/USD rose to an intraday high of $37, 925 following a low of $36, 211.11.

As of 24 January, Ethereum's price keeps struggling. It started a major decline after there was a close below the $3000 level. It traded below the key $ 2500 support zone to move into a bearish zone. The price traded below the $2, 400 level and settled below the 100 hourly simple moving average.

It is speculated that if Ethereum fails to start a recovery wave above the $2, 550 level, it could continue to move down. A downside break below 2250 might start another strong decline. Any more losses could push the price towards the $2000 level.

ETH bounces 10% after touching the $2200 support on 24 January. By 25th January, it moved toward the critical resistance at $2550, where the price was previously rejected. Moving above this level into support, it would have a good chance to go even higher and recover some of the most recent losses.

It is also reported that Ethereum has scrapped old terms like “Ethereum 1.0” and “Ethereum 2.0” in an attempt to avoid confusion in the future over terminology on its network. According to the developers, the upgrades will now be referred to as the “execution layer” and “consensus layer.” The change in name is necessitated by the intention to reduce the confusion and misconception associated with ETH 1 and ETH 2.0.

Ethereum moved slowly higher towards the $2,500 and $2 550 resistance levels. There was a move above a major bearish trend line with resistance near $2,500 on the hourly chart of ETH/USD. There was a clear move above the 23.6% Fib retracement level of the recent decline from the $2,547 swing high to $2,160 low.

Also in the News this Week on Ethereum, below are some of the headlines from kelscrypto.com:

On January 23, XRP experienced a free fall-off in its stances. It traded between $0.62 and $0.59 lines at a percentage rate of about 1.36 positives.  In comparison, Ripple XRP’s trending outlook remains bearish as placed against Bitcoin until the present.

By 26 January, the Ripple (XRP) was unable to develop the upside momentum above $0.70 as the coin remained at the downside. The Ripple price was seen heading towards the 9-day and 21-day MAs.

Moreover, a recent report shows that Dogecoin XRP saw the largest increase since January 1, 2021.  Ripple business executive Brad Garlinghouse proclaimed via Twitter Wednesday that Ripple has bought back its Series C shares at a $15 billion valuation.

XRP is at the top of the list of under-bought altcoins as according to the data redistribution of funds in the market, XRP is able to receive the lowest volume of inflows. This is a blessing in disguise as the coin has potentially entered the opportunity zone.

XRP market moves in ranges over the week trading days’ session at a lower spot. It seems that pressure to the upside is relatively ongoing.

Cardano, which spiked to a six-week high on January 18th  at $1.65 is among the most harmed assets. ADA declined by 45% in four days from a local peak to $0.92 on January 22nd. Although it has recorded some of its lost ground and trades above $1, it is still about 25% down on a year-to-date basis.

Nevertheless, the recent price plummets have not deterred large investors from accumulating more portions of the assets. According to data from Santiment, addresses holding between 10, 000 and 1, 000, 000 tokens increased their bags by nearly $55 million worth of ADA in less than two weeks. Holding rose to more than 110% in 11 days.

Over the past two weeks, Cardano’s blockchain load has remained above 90%, and it peaked at 94.1%. However, this did not affect the scalability of the blockchain. Cardano is currently working on boosting scalability through the Hydra upgrade expected to debut in the year.