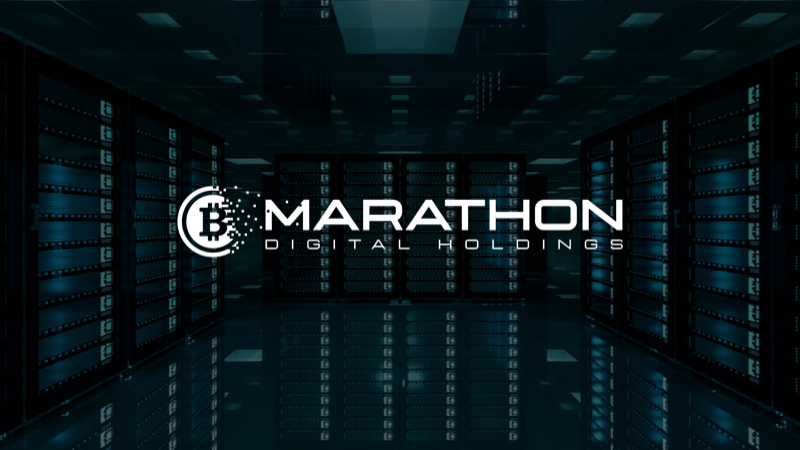 The new week ushered in a variety of events. One major event is mining a fully regulation-compliant mining pool by Marathon Digital Holdings (MARA). The new mining pool was successfully mining a bitcoin block that is "fully compliant with U.S. regulations." And this impacts individuals with dealings in dark web activities or sanctions from the United States Department of Treasury. The announcement of the Marathon OFAC pool was initially announced in late March, that those listed in the Department of Treasury's specially Designated Nationals and Blocked Persons List (SDN) would not have their transactions processed to comply with regulatory standards in the United States. There are concerns among many large corporations and funds regarding interest in the purchase of bitcoin by marketing the mined bitcoin as OFAC-compliant but had their transactions blocks censored due to unspecified blocks.

According to Jason Assad, the spokesperson for Marathon, excluding transactions of nefarious actors will ensure the production of regulatory compliant, ethical, and clean Bitcoin. This practice of censoring digital currency transactions has sparked a debate within the Bitcoin community. Many critics question why a permissionless transfer of value should become censored and say that it is against the initial design and purpose of the digital currency. The goal for criticizing this approach by Marathon is because – according to some – the censored blocks that are meant to be "cleaner and more secure" are still being mined on top of blocks from other miners that are deemed 'bad'.

As the traction for non-fungible tokens continues to grow, even century-old establishments begin to join in the action. Sotheby's is a perfect example. Established in London in 1744, the multinational corporation announced on Thursday that it will be holding a curated auction and will be featuring Kevin McCoy's "Quantum," which is "the first NFT ever minted". The auction will be held from the 3rd to June 10, 2021. The Quantum is timestamped 05-03-2014 09:27:34, and for this reason, it is universally regarded as the first NFT ever created. Although for some, the Bitcoin-based "Colored Coins" are considered to be the first NFT. In the announcement, Sotheby's also stated that it would be auctioning a rare CryptoPunk from 2017 and Anna Ridler's "The Shell Record" from 2021. The bidding for this auction will begin at $100, and according to Sotheby's, part of the funds raised will be donated to the Sevens Foundation for supporting digital artists. The expectations for this auction are high as many are hoping for an outcome like that of Beeple, which fetched $69 million at Christie's auction in March.

Goldman Sachs announced its offer to non-deliverable forwards (NDFs) to its investors in another development during the week. These forwards are derivatives tied to the price of Bitcoin and give a cash payout. To protect itself from volatility, the bank will buy and sell bitcoin futures through CME Group, with Cumberland DRW as a trading partner. "NDFs are futures contracts that allow counter-parties to settle the difference between the negotiated NDF rate and the spot price at a notional agreed sum." The CME was spotlighted as one of the biggest bitcoin futures trading platforms, indicating a continued rise in institutional participation. Goldman Sachs had relaunched its digital currency trading desk in March after a three-year hiatus and planned to support bitcoin futures trading once again. Sources say that Goldman Sachs has begun offering bitcoin derivatives contracts quietly to clients last month as a way of testing its hedging methods.

Data Privacy Protocol Alliance Launches (not everyone will be happy)

On Friday, over 20 businesses worldwide announced the creation of the Data Privacy Protocol Alliance (DPPA). The DPPA hopes to build a decentralized blockchain-based data system that can compete against data monopolies like Facebook, Google, and a few others by giving users control of their data. According to the report, the DPPA will develop specifications and guidelines for a version of CasperLabs' layer-one blockchain for sharing, storing, owning, and monetizing data. As a proof-of-stake network, the Casper Network allows businesses to build private or permissionless applications. It also offers upgradeable smart contracts, the ability to support scale, and predictable gas fees. An initial proposal was made at the founding members meeting on May 4 by the head of product at DPPA founding member BIGtoken, Ivan Lanzano. According to Lanzano, any system should include supporting tools like a data wallet that allows users to control their data and monetize it. He also said that this system should consist of non-commercial data sharing and storing capabilities. Data privacy systems – according to Lanzano – should allow commercial users to verify, onboard, and handle large data sets. A recent survey from BIGtoken shows that 78% of the 35,000 consumers queried expressed concerns about their data privacy. Founding members include privacy advocators, data aggregators, brands advertising platforms and agencies, and are located in the U.S., Singapore, Israel, and the U.K.

During the week, the National Payment Corporation of India (NCPI) deferred the issue of allowing customers to make and receive payments from digital currency trading to commercial banks. The NCPI is a central bank-owned retail payments system. According to some reports, the agency had been asked by bankers to block the transaction of digital currencies on its network. Still, it was instead told by the agency to consult their legal and compliance departments on whether to block their systems. Lately, there has been an ongoing saga of whether the Indian government might crackdown on digital currencies given the rise in the trading volumes in digital assets over the last 12 months. A ban on digital asset trading by the Reserve Bank of India was set aside by the Supreme Court of India in March 2020. However, this year, the Indian government has been on about a ban on private digital currencies while trying to promote its central bank digital currency (CBDC). This onus by the NCPI comes at a time when few lenders are blocking digital currency deals. On the other hand, merchants are being blacklisted for the sales and purchase of digital currencies. However, there are fewer restrictions for those funding digital asset trading account through the united payment interface (UPI) and net banking.

Some banks continue to allow the funding of trading accounts. According to some experts, it would be better to legitimize bitcoin as corporate stock through regulation than to ban it altogether. Others believe that digital currencies cannot be restricted like adult movies but should be recognized as digital assets instead of coins.

Despite regulatory tightening in South Korea, Digital Currency Group (DCG) makes strategic investments in digital asset exchange Streami. Digital Currency Group is also the parent company of Coindesk and is now the second-largest shareholder in Streami. The report which came in on Thursday did not disclose the size of the investment. Gopax, which Streami currently operates, has a 24-hour trading volume of about $115 million. Many believe that this investment shows how unfazed DCG is in the strict regulatory environment in South Korea. According to the Financial Services Commission head, exchanges in the country have to register as virtual asset service providers (IDPs) by September 24 to allow the state to determine if their operations are legal. This is also a way to clamp down on money laundering, fraud, among others. Those who are unwilling to comply with the registration would be shuttered. With the investment, Streami is also able to partner with Genesis, which is also a subsidiary of DCG and a digital-asset lender. This will allow Gopax to take advantage of the Genesis liquidity pool to offer saving products. Goff was launched in December by Gopax and now has user deposits of about $600 million.

On Thursday, the Hong Kong-based digital currency exchange Crypto.com announced its sponsorship of Italy's soccer cup competition's (Coppa Italia) final due to take place on May 19 between Atlanta and Juventus. Sources indicate that this agreement makes it the first for a digital asset platform and professional soccer league. Commemoration of the event will take the form of a collection of non-fungible tokens (NFT) to be made available. These NFTs will feature trophies, match highlights, and more. With this collaboration, both organizations hope to create a new experience for football fans in Italy and worldwide. This partnership by Crypto.com comes after its deal with the Aston Martin Cognizant Formula One team, which was also marked by a collection of NFTs to welcome the brand back to F1 as being absent for 60 years. Apart from their deal with the Formula One team, the digital exchange also signed a sponsorship deal in March with Montreal Canadiens professional hockey team.

A final note in this newsletter is the announcement of a $7.8 million bitcoin purchase by Latin American e-commerce giant MercadoLibre. This purchase makes MercadoLibre the latest publicly traded company to add bitcoin (BTC) to its balance sheet. However, this pales in comparison to the purchase of $1.5 billion worth of BTC made by Tesla or about $2.2 billion worth of BTC made by MicroStrategy. These developments confirm the strong movement towards the use of bitcoin as a payment option. The Argentina-based company disclosed in an earnings report that the purchase was part of its treasury strategy. As the largest e-commerce platform in Latin America, they unveiled a bitcoin-only real estate platform last week. They are also considered an early adopter of digital currencies, its MercadoPago payments platform integrated bitcoin in 2015. And as the week closed, many look forward to what the next week had in store for the digital asset community.