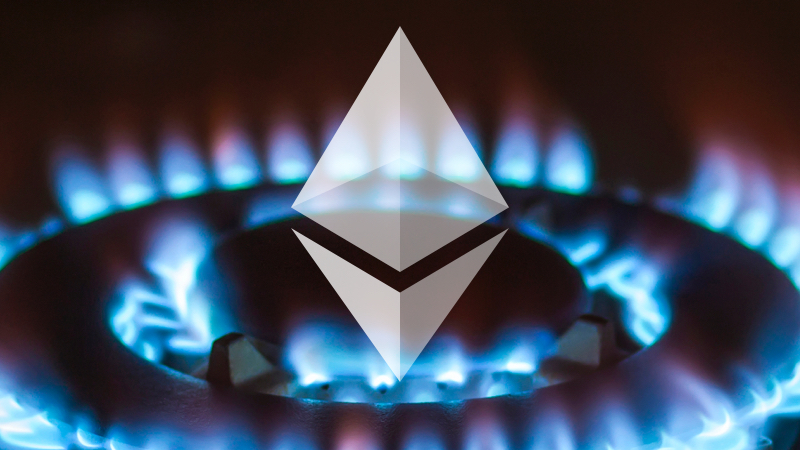 Gas is rising and not in your vehicle

As the month comes to a close, Ethereum mining experiences its first rise in gas limit. The limit raised to nearly 15 million aims to relieve the congestion experienced during a transaction. This rise in limit met an increased price in the ether by 2.8% at $2,456. With the increased limit, there is bound to be a change in how many operations can be carried out per block. The Ethereum network, which recently experienced code optimization, previously had a gas limit of 12.5 million. Blockchain is all about computational power, and the gas limit helps restrict the amount of effort required by miners to process a block on the blockchain network. This block space is limited. Hence, the increase in gas fees is due to the increasing amount of on-chain activity on the web. Users typically set ETH gas units, and it is left for them to set the gas price high or low. However, the higher the gas price, the faster the transaction, and this is because miners tend to prioritize operations with higher gas prices to earn more.

The nature of transactions determines fees, and they can range from a few dollars to some hundreds of dollars. But, because larger blocks require more processing energy, they are likely to split, resulting in orphaned blocks and chain splits. For this reason, the gas limit is not quickly raised. Adjustments are occasionally made by gas limits of 0.0976% from the gas limit of the previous block. This adjustment can be upwards or downwards and is earned after a collective agreement by miners. The intention of miners to raise the gas limit from 12.5 million to 15 million has been brewing since the last hard fork experienced by the blockchain. Now miners and traders alike are looking forward to the changes and how much they can benefit from this. However, one thing is sure: the increased chances of having faster transactions on the Ethereum network.

DogeCoin is doing what?

As the most prominent digital currency, Bitcoin had the "first breakdown of widely tracked technical line in six months". This was after trading below the 100-day Simple Moving Average at average support of $49,470. The breakdown came after the digital currency had recorded a new high of $64,000. Various sources indicated how the breakdown caused pullbacks on other digital currencies performing better than the bitcoin in recent days. Doge, which has been in the limelight lately, dropped by almost 25%, while some others experienced drawdowns of about 13% to 19% against the 11% drop in bitcoin price. Many believe that the performance of the market is caused by the policy from the Federal Reserve, which supports risk trades. It is thought that most traders are worried about taxes and other regulations, which is a pressure from the Biden administration.

Most of the information was released on Thursday and began affecting the market just before the weekend. Some sources say that this increased great weakness in digital currencies like Bitcoin, which was already defensive after breaching a 50-day simple moving average at the beginning of the week. Regardless, there is still hope that bitcoin might regain its uptrend in the coming days after dropping by 25% since the debut of Coinbase on Nasdaq on April 14. Trader and analyst Alex Kruger believe that a V-shaped recovery might remain elusive for a while. This means that the digital market might be experiencing some choppiness in the coming week.

The Turkey police department on Thursday detained about 62 individuals connected with complaints filed against digital exchange Thodex. This report came from the Anadolu Agency, which stated that the exchange went offline on April 18, after which its CEO Faruk Fatih Ozer went missing. Further investigations revealed that Ozer had fled to Tirana, the Albanian capital, on Tuesday. According to the state-controlled news agency Reuter, prosecutors had issued arrest warrants for about 78 individuals while about 62 have been detained so far. A report from the Anadolu Agency stated that help was being sought by the Turkey Ministry of Justice from Interpol in the finding, confining, and returning Ozer from Albania to Turkey.

The exchange announced that it would be undergoing some maintenance from the 18th to April 19, later told that it would be going offline for about five days. This prompted the filing of complaints by its users, who alleged that hundreds of millions of dollars had been stolen on Thursday. Many are still observing the direction of the situation, but some question if this would affect the use of digital currencies in the country, which had recently been used to hedge against inflation. Inflation in Turkey had reached as high as 16% in March due to oil prices. This incident comes right after the Central bank had announced banning the use of digital currencies as a means of payment. There are doubts whether this will affect the thrive of digital assets in the country as even the ban hardly affected it.

Unusual Russian millionaire, former KGB officer in the Soviet Union, and Prominent Banker in post-Soviet Russia, Alexander Lebedev, seem to be edging towards the digital asset world. According to Lebedev, his attraction to digital currencies is their ability to bypass the banking industry where he had made his millions. Lebedev stated that he had been investigating the fraud in banking for over 20 years and "…thought it would be wrong to miss such a chance [to transact] without those crooked banks, auditors, and lawyers…"

Most of his investments before now were fiat-funded until his talk about his new digital enterprise "Smartbank" which takes advantage of decentralized finance (DeFi). Named billionaire by Forbes back in 2012, he invested in several media companies in Russia and the United Kingdom. He was also the owner of the National Reserve Bank and had a colorful political reputation. Lebedev believes that digital assets should "…eliminate bank structures which facilitate fraud."

On Thursday, the Central Bank of Norway announced its readiness to begin testing technical solutions over the next two years for a central bank digital currency (CBDC). The Norges Bank stated in the announcement that its motivations to look into CBDCs is strong as Many other central banks around the world are looking in the same direction. The Norges Bank's research into CBDCs has been on for four years, and this move shows its confidence in moving on to the next step, which is "technical Testing." This technical testing, according to them, will involve a more in-depth analysis of the implications of CBDCs on the economy of the country. The central bank believes that with the evolution of payment technologies at a rapid pace, cash as payment is probably lowest in Norway than anywhere in the world. The Norges Bank Governor Oystein Olson believes that before the issuance of CBDCs can be considered appropriate, additional knowledge would be required.

According to Olson, central bank cash would be retained and developed further through the issuance of CBDC. Although no timeline has been announced for the launch of this CBDC, the bank has stated that it is still some time in the future. For the past two months, central banks in several countries have announced potential experiments on CBDCs. Earlier this month, the Bank of Japan announced its plan to begin the first phase of its experiment with CBDC. This first phase experiments on basic functions like issuance, distribution, and redemption. Just next door to Norway is Sweden who has also indicated the likelihood of having a CBDC within the next 5 years. Currently, the country with the most advancement in CBDC is China which has been pioneering with its test on platforms for the trade of the digital yuan along with other fiat currencies. Many are waiting in excitement as they anticipate these new technological advancements in the financial sector.

The largest Bitcoin mining hubs in China face severe headwinds from regulators, which is likely to affect hash-rate production and the power to mine bitcoin. According to some estimates, China contributes over 65% of the world's total bitcoin hash rates. These new regulations are coming after the coal mines in Xinjiang have faced some serious scrutiny. These policies have unnerved bitcoin miners in China as the regulatory challenges though distinct, sum up some of the most significant policy risks that bitcoin miners face in China when dealing with local authorities. As the most critical contributor to the bitcoin hash rate, China's regulatory environments are likely to significantly affect the global bitcoin market. Investors, traders, and enthusiasts fear that any regulatory crackdown in China may cause bitcoin prices to move dramatically.

On April 10, a coal mining accident that had trapped about 21 miners caused a suspension and conducting of inspections on other coal mines in the region by the Xinjiang government. The inspection reduced the bitcoin's mining power by about 30% and increased transaction fees to a record new high. Inner Mongolia, which is only second to Xinjiang in terms of fire power-based digital mining hub, became the forefront of a nationwide campaign. According to the National Development and Reform Commission (NDRC) in Inner Mongolia on February 28, all digital mining operations in the region would be shut down and eliminated by the end of April. Although there seems to be no cause for alarm, the nervousness of investors and traders can be seen from the market sentiment.