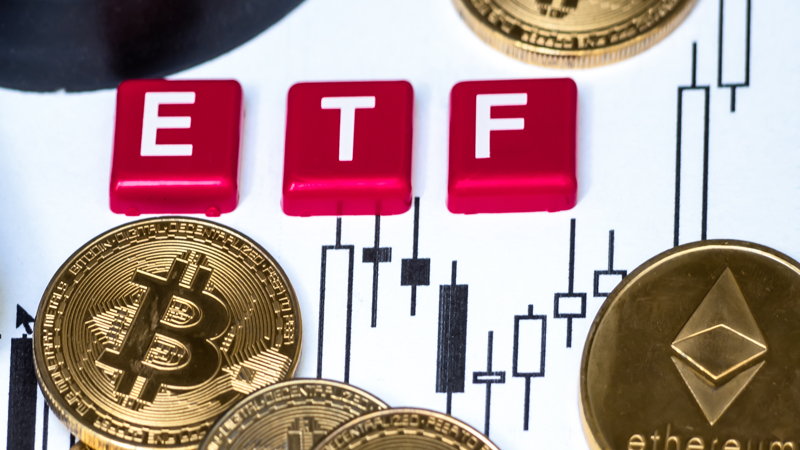 Last week was filled with a lot of activities quite unlike the one before. With so many things going on in the digital currency community, a few things are worth noting. During the week, CI Global Asset Management and Purpose Investment were approved to launch an exchange-traded fund (ETF) in Canada. This new ETF offers customers exposure to ether. According to the announcement, the ETH will be in cold storage under the sub-custody of Gemini and the fund administration of CIBC Mellon Global Securities. Purpose Investment manages the Purpose Ether ETF while Ether Capital Corporation consults. Also, the CI Galaxy Ethereum ETF is set to be launched on the 20th of April on the Toronto Stock Exchange (TSX) under management by CI Global Asset Management at a charge of 0.4% for management. With this, the Galaxy Digital Asset Management is to serve as a sub-advisor.

According to reports, the approval is a little over two months after Purpose Bitcoin ETC which had 10,064 BTC in its first week of trading was approved. And in the U.S., the approval for the bitcoin ETF has been piling up with hopes for a change in the attitude of the regulatory agency towards the investment product. This hope was due to the appointment of a new Securities and Exchange Commission (SEC) Chief Gary Gensler. Many believe that the reason for bitcoin getting a lot of attention is because it was the first major digital currency, and Ethereum's ether represents a new economic ecosystem.

According to the founder and CEO of Purpose Investment, the launch of this first ETF allows investors to have access to this new ecosystem and the opportunities that come with it. With it, investors can be exposed to ether by directly investing. The ETF offers three-unit classes; the Canadian dollar non-currency hedge units (ETHH.B), Canadian dollar currency hedge units (ETHH), and the U.S. dollar units with ticker units (ETHH.U), while the index would be provided to Purpose by TradeBlock.

During last week, bitcoin miners in the Xinjiang region of China were handicapped as the region experienced disruptions in its coal plants. This handicap caused as many as 35 exahashes to be clipped from the Bitcoin system's global hash rate. Reports indicate that the four largest mining pools collectively lost about 86% of their share in the global hash rate of bitcoin within 24 hours of this report.

The disruption was reported to have been caused by "a massive explosion under the plants." The shutdown came after mining accidents in the Xinjiang, Shanxi, and Guizhou provinces. The mining accidents have left nearly a dozen dead and about 21 people trapped. These regions which have been hot spots for bitcoin miners in China reportedly supply cheap hydro energy. From the incident, many begin to understand how most of the mining of bitcoin is confined to China, however, knowing how bitcoin works, this incident will only cause a slight delay in block time for the next couple of weeks or less.

Celo, a blockchain payment startup added Dick Parsons, the former Citigroup Chairman as the first member of its external board. Celo which is built on the ethereum blockchain is a proof-of-stake with the design to support tokenized assets and stablecoins, using phone numbers as a way to secure the public keys of its users. This appointment is a move that Celo hopes will increase its chances of success as a mobile-first token project where others like Diem (formally Libra) have failed. This move, according to them, is to also cater to the many without access to financial tools and services. Celo has been applauded for showing how digital currency can help in the distribution of wealth and access to financial services to those who need them the most. Many believe that the addition of Parsons to the group is an enormous advantage to Celo given his rich experience and deep understanding of global economics and traditional finance.

Given Parson's performance as Chairman of Citigroup in 2009 after the bank was left in disarray due to the last financial crisis when he convinced regulators not to allow the failure of the bank. His move back then almost doubled the leverage of the bank by 32-1. Many believe that like traditional finance, decentralized finance comes with its own "questions around composability of different protocols leveraging each other and leading to an increasingly complex ecosystem of structured products." Reinsberg said when he mentioned events from the 2008 market crash.

The report from Sunday the 10th of April about the trouble of the Biden administration of the long-term effects of China’s digital yuan on the status of the dollar indicated that the U.S. officials were increasing efforts to the impact of the digital yuan on trade sanctions. China has, so far, been leading in the development of the central bank digital currency (CBDC) with rapid projects being made through pilot projects. This could be seen from the kickoff of the first phase of the CBDC experiment done by the Bank of Japan. However, there are still some concerns about privacy issues that worry the BOJ.

With the many events from the week centered around DeFi and the appointment of board executives, Friday came with the announcement of former Goldman Sachs executive Michael Daffey as the new Chairman of Galaxy Digital. This move was made in preparation for the firm's U.S. public stock offering. The investment management firm which is already trading on the Toronto Stock Exchange (TSX) plans a bold move into the U.S. stock market. Reports state that the U.S. exchange listing will be done in the second half of the year. Daffy who recently retired in March from his position as the Chairman of Goldman Sachs had also recently bought a $51 million New York City mansion that formerly belonged to the convicted sex criminal Jeffrey Epstein.

Another country's central bank joins the list of digital currency banning central banks. The Central Bank of the Republic of Turkey released a press statement on Friday that it will be banning the use of digital currencies for payments throughout the country. This makes Turkey the latest country to seek the imposition of a limit on digital currencies. News of this caused a fall in the price of bitcoin by 2.69% to about $60,868.91 as of the time of the said report. The ban which was issued as the "Regulation on the Disuse of Crypto Assets in Payments" appears not to affect trading digital currencies. Reports say that the ban is set to come into effect on 30th April this year.

The ban by the Central Bank of the Republic of Turkey comes after the Turkish lira faces selling pressure from outside and plunged in foreign exchange markets. This pressure came after Naci Agbal, the nation's top banker was fired by President Recep Tayyip Erdogan back in March. As a way to escape the effects of the plague facing the lira, many had sought refuge in digital currencies as alternative means of payments. The prohibition is specifically targeted at the use of digital currencies as means of payments for goods and services and the provision of electronic money issuance and payment services. The government had cited the vulnerability of wallets to theft as part of their reasons for banning the use of digital currencies. Although, many blame the government for its inability to control and effectively monitor volatility, excessive markets, and use of digital currencies in illegal activities.

Dogecoin which seemed to be making waves in recent weeks even without much noise seemed to record a new high on Thursday. This new record came after smoked meat stick vendor Slim Jim announced his official dogecoin strategy, which appears to be working. This news also increased the number of Twitter followers and impressions, which soared to about 35 million impressions in 25 days after the start of its engagement in the Shiba Inu meme coin content in the last quarter. This was made known by the CEO of the parent company, Conagra Brands, Sean Connolly.

This interaction more than doubled the DOGE to over 29.8 cents from its 13.6 cents, experiencing a 127% increase on the day of the report. Given how the digital currency community is prone to hype, Connolly had given credit to the dogecoin community who, according to him, "played a large part in delivering Slim Jim the ultimate win in Adweek's March Madness-themed brand face-off earlier this month." This made it the first-ever for DOGECOIN to be featured in an earnings call, and also the first time any public company has deployed a strategy around DOGE. Many believe that with this, doge has managed to stay true to its roots as an objectively ridiculous meme coin. It is also the first hype of the dogecoin recently that is unrelated to Elon Musk's memes.