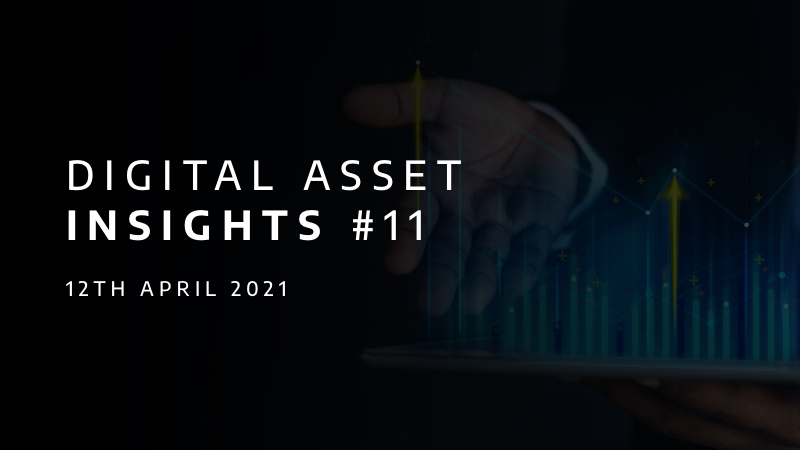 This new week seems to be geared towards the digital asset space which, as many believe, is getting ready for another surge in price.

While many are holding their positions, others secure theirs by adding more to what they have already. A case in point is Meitu, the Chinese application developer that increased its total holding of the digital coin to over 940 coins. This was after it successfully purchased an additional 175.6 BTC for $10 million. The company listed on the Hong Kong Stock Exchange had adopted a digital currency investment plan earlier this month and seemed to be putting it into action.

They, like many others, diversified their treasury during this period of the pandemic, with digital assets like ETH also being part of their storage. As of Thursday, they held over 940 BTC and 31,000 ETH by investing similar amounts on both digital assets.

Meanwhile, on Thursday in neighboring Asian country Japan, the Bank of Japan (BOJ) announced the possibility of laying out "common rules" around central bank digital currencies (CBDCs). According to the head of the BOJ's payment and settlement department Kazushige Kamiyama, the rules would serve as a foundation for efficiently making payments across borders. He added that the roles the CBDCs have to play in making up for the shortcomings of the financial infrastructure of advanced nations with robust banking systems are different.

In the statement, he said that the rules would be more beneficial to countries with similar economic structures, just as the BOJ has made contact with six other major central banks. The first experimental phase on CBDCs commenced on Monday after the BOJ had already made adequate preparations for the year's first quarter. Among the seven other banks mentioned to be part of the collaboration are the European Central bank and the United States Federal Reserve.

The Bank of Russia announced a new concept for the digital ruble. A digital currency that has been under heavy contemplation since 2020. This announcement came on Thursday when they also added that they would be ready by December this year. A publication about the current progress of the project and its plan was also made available. The digital ruble will be a combination of centralized control by the Bank of Russia and a distributed ledger technology. Although they are yet to choose a DLT platform, all discussions on this aspect suggest that they are likely to build one of their own using open-source code. A draft of the integration regulations will be done in 2022. In the report, the Bank of Russia stated that there was no compatible solution for the digital ruble despite their attempts to find ready-to-wear ones.

One of their intentions is to allow the settlement of transactions with smart contracts programmed on their platform upon fulfilling certain conditions. The digital ruble uses a concept similar to that of the digital yuan, and digital wallets will be opened for commercial banks by the Bank of Russia. They will be given digital rubles in exchange for the fiat currency they have with regulators in their corresponding accounts. These banks will, in turn, open wallets for their clients, and since the Bank of Russia plans to provide its platform for the digital ruble to these banks, they can build their very own digital banking applications. According to the report, instead of interest, like with bank deposits, the digital ruble will have security bonuses. In the case of bankruptcy of any bank, its digital ruble account opened for its clients will remain open and operate through other banks and financial institutions on the network.

The SEC cracks down on fraud

In the U.S. on Thursday, a default judgment was ruled against a Nevada corporation and an Australian citizen residing in the U.S. for a misappropriation scheme and a digital currency fraud. David Gilbert Saffron, the operator of Circle Society, was on Thursday charged by the Commodity and Futures Trading Commission with the misappropriation of investor funds, registration violations, and fraudulent solicitation. Saffron, who, since 2017, has offered digital currency pairs and binary forex options through this firm allegedly defrauded investors of $11 million in both dollars and bitcoin. His fraudulent solicitation of funds took place with the participation of at least 14 individuals in an investment pool operated by the firm. He used the diverted funds to pay other participants as in a Ponzi scheme and would make false claims about his ability to trade and a guarantee of about 300%.

In the court's final judgment, both Circle Society and Saffron were required to pay restitution of $14,841,280 to the defrauded participants. A civil monetary penalty of $1,484,128 was demanded, along with a disgorgement of $15,815,967. The judgment discouraged them from further engaging in acts that violate the Commodity Exchange Act and the CFTC regulations and making any trades of self-interests or for others.

Digital Betting Takes off in Wyoming

With a new law allowing wagers to be placed in digital currency, the state of Wyoming has also legalized online sports betting. House bill 133, which was signed by the governor on Monday, allows sportsbooks to accept digital and virtual currencies as long as they can be re-converted into cash. There was initially a similar bill that was intended to attract digital asset businesses. However, this new law comes after lawmakers in the least populated state in the U.S. were seen to be embracing digital assets as a vital part of their legislative agenda and is a way of embracing digital assets.

The acceptance of digital assets in the Wyoming legislature has heightened where its inclusion no longer needs lobbying. Vocal blockchain advocate, Caitlin Long who sits on the legislature's blockchain task force and is known to always lobby for digital assets in bills, said she was not responsible for the bill's placement. With this new law in place, gamblers can now fund their accounts using digital currency and be applicable only if operators are willing to accept digital currencies. Sources that tried to reach out to top sportsbooks in the state to confirm if they are ready to take digital currency bets never got a response as to the report's time.

Singapore issues digital warnings but why?

On Monday, the chairman of the Monetary Authority of Singapore (MAS), Tharman Shanmugaratnam, had on Monday said that digital currencies were unsuitable for investors. This came in his response to a question asked in parliament. According to Shanmugaratnam, the digital asset market in Singapore is small when compared to shares and bonds. On the Singapore Exchange, the combined daily trading volume of BTC, ETH, and XRP was only 2% of its securities. The statement was only days after Prime Minister Lee Hsien Loong was caught up in a token scam on Bitclout, a blockchain social media platform. In a photo shared by Prime Minister Loong on Facebook, about 27.3955 tokens were created for the account and priced at $357.85 per token. The profile, set up using the Prime Minister's name and his photo, was done without his permission and knowledge and was beginning to attract interest as one user had already purchased $4.77 worth. Prime Minister Long urged citizens to "remain vigilant when dealing with (digital currency) platforms." warning that when dealing with unregulated firms, they will not be protected by laws administered by MAS.

With many central banks looking to digitize their currencies like China, the threat to the position of most greenbacks is nearly nonexistent. The digitization of central bank currencies may increase 'the C3', which is the command, control, and communication of money flow, and help fix tax evasion issues. It can also help those who are not yet banked and control the underground economy. Yet, many remain skeptical about the likelihood of using a digital currency that only works in China to settle transactions in the U.S. anytime soon.

Therefore, the urgency of central bank digitization is yet to be seen, and while Federal officials in the U.S. might be studying it, they are not likely to make the first move. However, some feel there is a choice to have a two-pronged system where the digital currency will strengthen the banks rather than disintermediate them.

The state of Florida has joined the list of states where bitcoin's purchase has become a little easier. In a press statement released on Wednesday, Coinme, a bitcoin ATM company, announced its expansion to about 300 locations, including Miami, Jacksonville, Tampa, and Orlando.

According to the statement, residents in these locations can now purchase bitcoin while going about their regular activities and make withdrawals through coins-to-cash converter Coinstar kiosks placed at select stores like Fresco y Mas Winn Dixie, Harveys, and some others. According to Coinme, they are working with state regulators to launch on Coinstar kiosks throughout the state.

They are thrilled to secure the license to offer cash on-ramp to Florida residents purchasing bitcoin. This move Coinme is part of their partnership with Coinstar in 2019 to allow shoppers at specific locations to buy bitcoin for cash. Already set up in over 40 states in the U.S., Coinstar's change-counting machines can be located at gas stations, supermarkets, and convenience stores. With these machines, customers can convert their loose change into cash or gift cards to make donations to select charities.