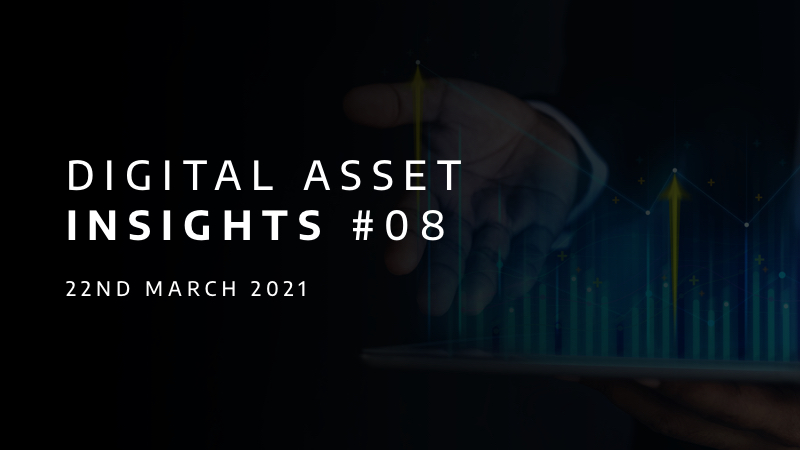 The week was relatively uneventful in the digital currency world. However, things began to take a new turn as the Hong Kong-based Crypto.com became a Visa Australia principal. This allows the payment platform to extend its card offering services to the nation. This also gives them a direct relationship with the customers. The groundwork was laid in December when they used an acquisition to get an Australian Financial Service Licence. With this, Crypto.com now has its Visa card available in 31 countries, including the U.S, Canada, Europe, and Asia. With the Visa card, users to convert their digital currencies into fiat currencies for use at retail outlets that accept Visa payments. As a way of extending their cards to new markets, they intend to begin offering virtual cards in Europe before month-end. The company on Thursday also said that it would provide fiat currency lending backed by digital asset collateral. This new service will allow users to use their digital assets in holding on their Crypto.com wallet as collateral for loans to be spent using the Crypto.com Visa card.

Meanwhile, in Europe, a French firm launches a Euro stablecoin through partnerships between the digital asset trading platform Coinhouse and the Lugh Company. The token built on the Tezos blockchain has technical assistance from Nomadic Labs.

On Thursday, the announcement stated that the Lugh (EUR-L) stablecoin would be anchored to reserves of euro held in a Societe Generale account. Attestation of the backing will be provided by PwC France & Maghreb monthly.

The report also stated that the stablecoin had been presented to France's regulatory authorities, saying that they intend to comply with the current regulations and its frameworks.

This makes the Lugh Company's EUR-L the first digital asset pegged to the euro to originate from France. Initially, the stablecoin will be made available (to traders and investors looking to hedge against the volatility) through the Coinhouse platform.

The week seemed to belong to decentralized finances, and all evidence could be seen through the majority of events that happened.

One of such events was the team-up between digital asset lender Hodlnaut and the insurance alternative Nexus Mutual. The Singapore-based lending and borrowing platform allow for the purchase and holding of digital assets by users to earn interests with relatively high-interest rates through lending.

This team-up now allows Hodlnaut to offer insurance on assets held on their platform. Assets available for holding on their platform include BTC, ETH, DAI, USDC, and USDT. Because of the nature of digital asset cover, they don't usually have much attention, no matter how much they get marketed on a platform.

This is because most cases require the digital assets to be held in cold storage. Hot wallet insurances, on the other hand, always lead to firms holding their self-insurance funds. However, with the tokenized approach by Nexus Mutual, there are now other traditional insurance alternatives. Nexus Mutual's confidence comes from the digital asset Nexo and the previously known bank of holders Vault.

As we must have noticed by now that our weekly report from the digital asset community would be incomplete without a visit to the courtroom.

This week is all about the trademark infringement claim made against several businesses in the U.K. for the unauthorized use of the name of a digital currency reward scheme. The report on Wednesday stated Wirex's success in its legal bid against Cryptocarbon UK Ltd., Bee-One UK Ltd., and Cryptocarbon Global Ltd after the infringement case was brought to court in January of 2021.

The case was against the defendants for their use of the registered trademark "Crypto back" as Wirex was the first company in the world to use the term in its reward scheme. Although they have counterclaimed to invalidate Wirex's trademark, their counterclaim was dismissed. According to the report, the Crypto back scheme offers small percentages of the transaction value back to the customer in bitcoin, primarily when its card is used for in-store purchases. Part of the report was the importance for companies to protect and enforce their trademarks.

A report on Tuesday stated that digital asset companies and traders in the Republic of Ireland had been warned to comply with the country's new anti-money laundering rules.

This warning came from the country's central bank, and one of the rules was that digital asset traders could no make anonymous digital asset sales or purchases. The warning stated that the necessary checks should be made on the accounts of customers and that their funds' destination and province should be noted. This part of the statement was aimed at companies and platforms offering digital assets' sales and purchases.

This new rule aims to put mainstream financial services providers and digital assets organizations on the same footing. Digital asset company, Coinbase Custody International, has its home in Ireland and Diem stablecoin from Facebook. The new requirements are set to take effect in April after the EU's sixth Anti-Money Laundering Directives make it to the Irish law. All-in-all, there are many spectators on the observation stand carefully watching how things will turn out.

The potential for de-fi

The introduction of decentralized finance brought about a more transparent playing field for the automation of financial primitives like lending and insurance without intermediaries' need. Machine intelligence models can study the data footprint left by decentralized finance to improve how Defi protocols behave.

The Atlanta-based Bitcoin Depot says it will be launching one hundred new Bitcoin ATMs in the United States. The news, which came through a press release on Wednesday, stated that in the coming weeks, about 115 kiosks would be launched across 24 States the including 12 in Florida, 14 in Alabama, 12 in California, and 13 in Minnesota.

Over the last six months, the number of its ATMs has doubled with over 2000ATMs worldwide. The kiosks allow the sales and purchase of not only Bitcoin but Ethereum and Litecoin also. According to the firm's president and CEO, digital Currencies give opportunities to those without access to financial services.

The hack, which involved a mass digital currency phishing scheme, earned the hacker a three-year jail term and another three years probation after an agreement to plead guilty was reached.

The 17 year old hacker was charged as a youthful offender for his hack on the aforementioned Twitter accounts. However, after serving 239 days in prison from last year till now, hacker Graham Ivan Clark can do part of his sentence at a bootcamp. The hack involved taking over more than 100 high-profile accounts and using them to tweet links to a digital currency scam. That scam which resulted in about $120,000, was carried out by Clark and two other conspirators, all of whom were arrested last year.

The news of his plea was reported to be Tuesday morning. Charges were over 30 different felony counts, including communications fraud, organization fraud, accessing a computer without permission, and the fraudulent use of personal information.

According to prosecutor Derrel Dirks, these charges were based on the fraudulent takeover of Twitter accounts to convince them to send digital currency to the digital asset account under the hacker's control. The attorney for the defense, David Weisbrod, confirmed that all the stolen digital currencies had been handed over to the officials for restitution purposes. Clark has agreed that he will allow for unannounced, unlimited access and searches to his electronic devices to supervising officers and the Florida law enforcement officials during the period of his probation.

The week ended with digital assets exchange platforms Coinbase's settlement of $6.5 million with the Commodity Futures and Trading Commission over allegations that the Exchange self-traded its digital assets.

It was discovered that between 2015 and 2018, the Exchange self-traded some of its digital assets on two of its trading platforms. This was published on Friday through a consent order by the commodities regulator. It was also discovered that an employee also traded some amount of Litecoin around the same period. Though it was shocking news, it wasn't surprising as these things tend to happen every once in the digital assets community.