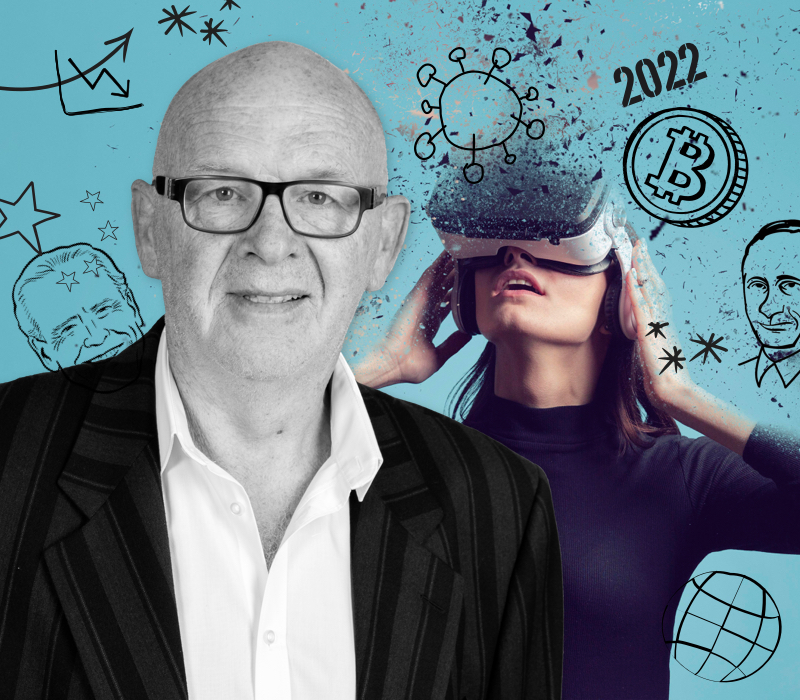 Last night I had my Covid booster jab and feel like crap today.

Therefore, I will mimic what our governments are doing: Follow the science and give out loads of mixed messages.

What can we expect to see between now and the New Year?

It's a hard call, but I don't see too much coming on stream, except for slightly higher prices, perhaps even a new high at year close.

Fund traders will be a little active as they lock in profits for their end-of-year bonuses.

I understand there is a sizeable option position that expires soon, so we will also need to watch how this affects the levels nearer expiry.

If we break into new highs, we will probably see a good spike in cryptocurrencies, and no one will be shocked.

But that said, I hope too many people do not get sucked into over-committing themselves on the long side at the higher level because they might be left holding the baby in January.

As optimistic about the industry as I am, I do not think we will see the same gains next year as we have seen this year.

I have mentioned various times in previous reports that we are in for a rough time over the next 6-months, and nothing I'm seeing suggests anything different.

Brain-dead Biden is still operating via a very dodgy Chinese remote control, and if his conference call with Putin is anything to go by, some of his widgets, like my hair, are already wearing thin.

Under this administration, America is now the laughingstock of the world. If anyone thinks Putin or Xi cares what Biden says, they're fooling themselves. Both leaders know Biden is operating out of his depth.

Putin's build-up of troops on the Ukraine border looks terrible, but what will happen to his Sevastopol naval base if Ukraine joins NATO? Perhaps his actions are more defensive than aggressive.

There is not much we can do but watch. But I am very interested in seeing how the EU technocrats handle this Ukraine problem, especially as they have created it.

If we see sanctions imposed on Russia, which affects NordStream2, 120-150 USD crude could quickly become a reality.

High energy costs will cause accelerated inflation. Which I assess is already nearer 13%, rather than 3%.

The low levels of inflation our governments are reporting are not valid. They are only so low because previous governments manipulated the calculation method.

As a world in debt, we are in no condition to handle the reality of runaway inflation.

But who cares about reality when we've got the Metaverse.

As someone who has never touched a console or played a computer game, I don't see any point in it. However, I must trust my younger friends when they tell me it's the next big thing. I had a quick read on the Metaverse and realised that it really could offer many solutions to the problems our next generation faces.

Firstly, it would help solve the housing problem: Our young people will live their lives in their armchairs— so 3 or 4 kids in one room, no problem.

Secondly, We know the woke generation don't handle rejection very well. So, with VR proving quite successful in the pornography industry, our kids might never have to suffer being rejected again. Moreover, who will care about gender when everyone's first sexual encounters are with a computer?

Thirdly, with everybody able to experience everything without getting out of their armchair, we do not need to worry about carbon emissions. Indeed, we could stick a windmill on top of every house, with no one going out, no one will complain.

Alternatively, if we can't put a windmill on top of each house, we could put a treadmill in each room. We don't want the little darlings wasting away too quickly, do we?

Food and drink can all be ordered online and delivered straight into the tiny room by a small Amazon or Uber delivery drone.

And finally, with everyone living in tiny bubbles, we may never need to worry about pandemics ever again!

Metaverse may well be the future, but it does make me a bit sad when I read where it might take us.