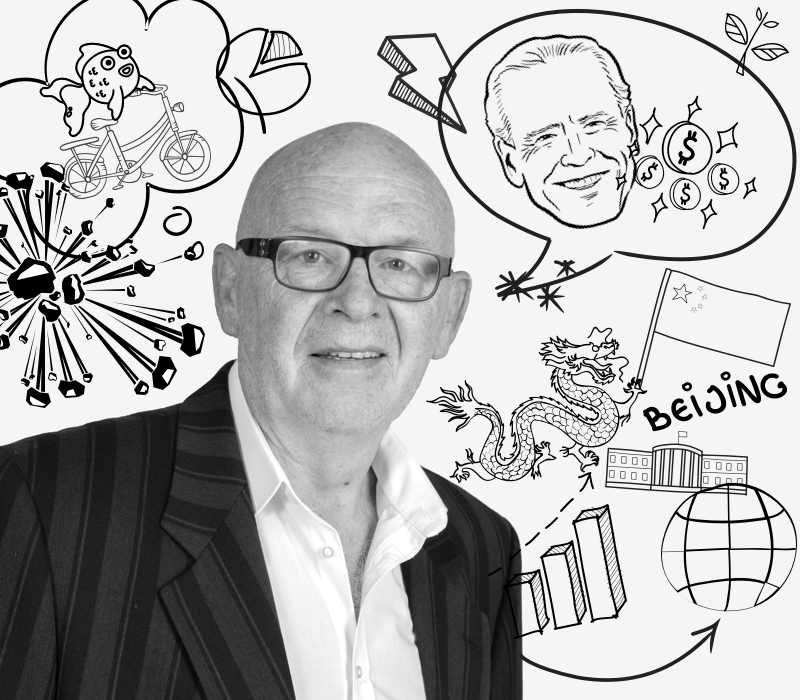 I’m running my computer and router on a generator because the power is off.
What the hell is going on?

For 20-years, since Bill “blow-me” Clinton, campaigned to get China into the WTO, what have we seen;

They also control the EU, the White House, and most of the mainstream and social media.

“Beijing” Biden, has stopped the US from being energy independent.

Our trillion-dollar plus, renewable energy sector, is about as beneficial to us as a cycle is to a goldfish. Tanker drivers are paid more money to stay at home than go to work;

and the unemployed seem to be using their unproductive time, to piss us off, by creating long queues at our petrol stations.

In return, what have we gained?

I’ve heard so many commentators talking about a period of stagflation and inflation as if it's only going to last for a few months, followed by everything returning to “normal”. Yet, in my not so humble opinion, everything is pointing to something far worse.

I'm not being over the top negative. I am simply questioning some of the advice currently being dished out.

Stock analysts are always the worst. “You need to diversify, so move your portfolio towards holding more Blue-Chip”. I know these guys need to earn their commissions - and like to encourage the buying of stocks which many are holding themselves - but does swapping one share for another share, represent a decent hedge?

If you want real diversity, then really diversify.

Physical gold is good. Gold instruments, such as futures, CFDs, or Safecoins, might be good. Gold-mining stocks are more speculative.

If you want to own Cryptocurrencies, the bigger the basket the better, just don’t put all your eggs in one basket! I’m sure there are various weird and wonderful options for you to use.

This is by no means a trading recommendation, nor investment advice. Do your own research and analysis and position yourself according to your own situation.

All I’m saying is, if you want real diversity, use multiple instruments and as many products as possible. And you could also consider using other alternatives, which may lay outside of the capital market arena.

I began this by stating “the impending economic collapse”. But this doesn’t mean tomorrow or next week. It probably means (according to various analysts), over the coming months, or possibly early next year.

We should all understand why this economic decline is being forecast:

Those in power are looking more and more corrupt and incapable.

Socialists are running out of other people’s money.

The days of kicking the can down the road are coming to an end.

Moreover, our societies are more divided than ever; Left/Right, Black/White, Gay/Straight. The more we become politically and socially polarized, the harder it is to get everyone in our nation to join behind a common cause.

My non-politically correct stance is simple.

I have no intention of going into a bunker with a guy wearing a dress and make-up.

I have no intention of not fighting to defend myself because some woke progressive tells me it's racist. I am not inclined to give more of my money to the government in the name of being equitable.

And most certainly, I am happy about paying more for my energy, because I’m told it's good for the planet, by 30,000 sandal-wearing delegates, on a tax-funded jolly.

Until next time,
Good luck and good trading.